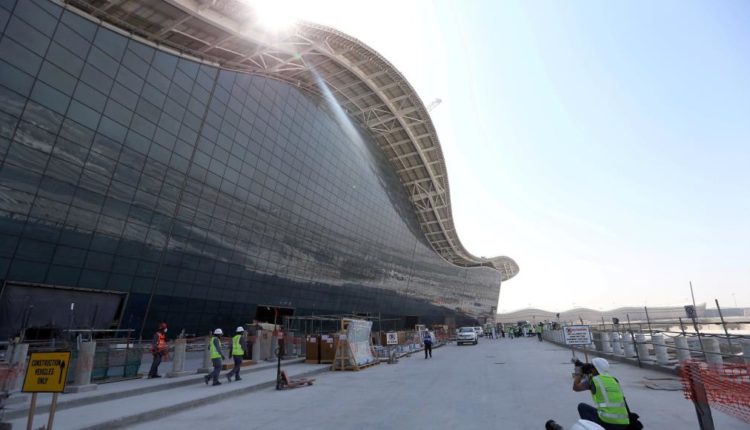 The United Arab Emirates regime has been silent after the Houthis published a video of Abu Dhabi airport attack, which came to confirm what the UAE has strongly denied.

Abu Dhabi has so far not commented on the video, which the Huthis says that it has confirmed what they had previously said about targeting Abu Dhabi airport with a drone attack.

The Huthis group sent a new threat to the Abu Dhabi authorities two days after they broadcasted a video they said that it documents targeting facilities at the Abu Dhabi International Airport in 2018 by a drone.

The Abu Dhabi authorities can maintain their financial and economic status and their political role if they stop their unjust aggression against Yemen,” said Yahya Sariyeh, a military spokesman for the Huthis.

Two days ago, Almasirah channel owned by the Houthis had broadcasted scenes and said it documents targeting vital installations at Abu Dhabi airport on 26 July 2018 by a drone.

The Houthis said the aircraft used in the attack on Abu Dhabi airport was dubbed “Sammad 3” and targeted the passenger terminal number one.

The Houthis military spokesman said that the images were obtained from private sources from inside the airport, stressing that there are pictures of other operations that will be revealed later.

The Houthis pictures of targeting Abu Dhabi airport comes at a time when the group announced the third attack in less than 48 hours by a drone on the airport Najran south of Saudi Arabia. The attack targeted the Patriot surface-to-air missile system in the area.

The United Arab Emirates denied that the airport had been attacked, and Abu Dhabi said the accident was caused by a supply vehicle.

The video undermined the credibility of the Saudi-Emirati alliance. The video also cast a state of intense skepticism on what the alliance has said about the war imposed on Yemen for more than four years.

The film, which was broadcast by the Yemeni Almasirah channel, was recorded by a moving camera, not a fixed camera.

The film was recorded as an attack by Yemenis a year ago, a precision attack carried out by a marching aircraft that was cut about 1,500 km, the pictures showed.

Observers say that this development confirms that the predominance in wars is not gained by the size of the arsenals of weapons, their development, the number of soldiers, the modern radars or the major powers on your side, but by the doctrine of combat and efficiency and knowledge and use of the land.