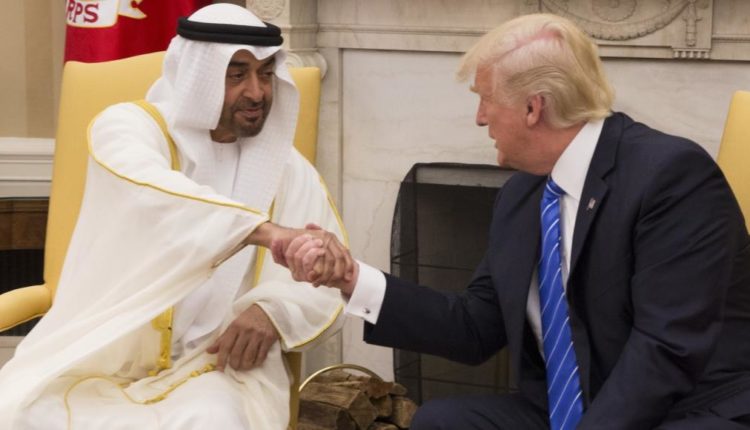 The United Arab Emirates scandals continue in the United States following the arrest of the Crown Prince of Abu Dhabi, Mohammed bin Zayed, advisor the Lebanese businessman George Nader, and before that proved a suspicious role for Abu Dhabi to intervene in the recent presidential elections.

US leaks have revealed that the UAE has recruited a businessman to spy on the White House in an incident that further exacerbate the suspicious image of Abu Dhabi in the United States and international relations.

UAE authorities have charged UAE businessman Rashid Al Malik with spying on US President Donald Trump’s administration and relaying information on his policies in the Middle East, Intercept website said.

The site published a lengthy investigation noting that the US intelligence services concluded that Al Malik worked as an intelligence source for the benefit of the UAE throughout 2017.

The site said that Ali al-Shamsi, the deputy secretary-general of the Supreme National Security Council of the UAE and close to Abu Dhabi Crown Prince Mohammed bin Zayed, oversaw the work of Al Malik.

According to a former US official and documents, Intercept said, Al Malik’s operators in the UAE intelligence asked him to send reports on issues with consequences for the UAE, such as positions within the Trump administration towards the Muslim Brotherhood, as well as US efforts to mediate between Saudi Arabia, the UAE and Qatar in addition to meetings between senior US officials and the Saudi Crown Prince, Mohammed bin Salman.

On the other hand, the lawyer Bill Coffield denied that Al-Malik is spy, and confirmed that he was providing, as a businessman, consultations regarding to economic relations with the UAE.

Al Malik was interrogated by former US Special Investigator Robert Mueller and his name was circulated as part of a US federal investigation into possible illegal donations by Middle Eastern donors to the Trump installation committee, Intercept reported.

Al Malek left the United States after being interrogated as part of the Mueller investigation, after spending nearly seven years in Los Angeles.

Before moving to the United States, Al Malek was a member of a government-backed body. After moving to America, Al Malek managed to form a broad relationship, especially with Thomas Barak, a US businessman who was the Trump’s nominee.

Intercept said Al Malek was receiving tens of thousands of dollars a month from his government for the work, which is illegal under US law because it is not an official body.

The New York Times reported in a report earlier this month that US investigators were looking into the possibility that UAE businessman Rashid Al Malik was a partner in an illegal scheme to influence Trump’s management.

The New York Times also reported that the Mueller office questioned the UAE investor Rashid Al Malik and his brother.