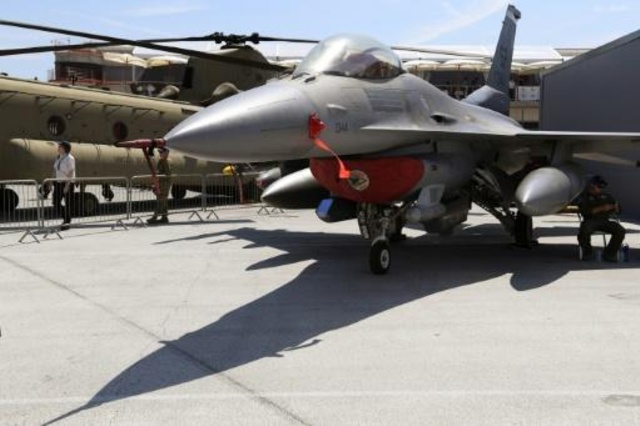 A new arms deal was announced by the United States of America with the regime in the United Arab Emirates to serve its conspiracies and foreign wars in Yemen, Libya and other countries.

US Secretary of State Mike Pompeo announced that the US administration would bypass Congress to sell $ 8.1 billion worth of weapons to Saudi Arabia, the United Arab Emirates and Jordan to deter “the malign influence” of Iran.

“These sales will support our allies, enhance Middle East stability, and help these nations to deter and defend themselves from the Islamic Republic of Iran,” Pompeo said in a statement.

Earlier, a US senator announced that the administration of President Donald Trump had “officially informed Congress” that it would sell arms to a number of its Arab allies by bypassing Congress, which is normally entitled to object to such agreements.

Democratic Senator Bob Menendez, deputy chairman of the Senate Foreign Relations Committee, said in a statement that the administration, on the pretext of the Iranian threat, “raised a vague clause” in the law to bypass Congress and approve those sales of precision-guided munitions.

Condemning the “unprecedented” measure, the Democratic senator expressed his fear of repercussions for civilians in Yemen, where Saudi Arabia and the United Arab Emirates are leading a military alliance against the Huthis.

“Trump administration has failed once again to prioritize our long term national security interests or stand up for human rights, and instead is granting favors to authoritarian countries like Saudi Arabia,” Menendez said.

In April, Congress passed a resolution calling on the president to withdraw US armed forces from hostilities in Yemen, with the exception of military operations targeting al-Qaeda, but Trump used the presidential veto against the resolution.

US relations with Riyadh and Abu Dhabi are sensitive to both American and Democratic parliamentarians, especially because of the war in Yemen.

Amnesty International has already announced the processing of an international petition to stop the sale of arms to the Saudi-UAE alliance in the war on Yemen.

More than a quarter of a million people around the world have signed a petition demanding that their governments stop selling arms to Saudi Arabia and the UAE in the same way as the war on Yemen, the organization said.

The organization said today that it had handed over the petition to the British government, which called for an end to arms sales to the United Arab Emirates and Saudi Arabia.

The war in Yemen has so far claimed the lives of 10,000 people, while the lives of those remaining are under threat. There are 22 million Yemenis in need of aid, and 8 million are at risk of starvation.

The Saudi-UAE military alliance has been waging war in Yemen since 2015 with British, American and French weapons. International organizations have warned that the war in the city of Hodeidah, which is besieged by the coalition, may result in the stop of the flow of aid, as 70% of Yemen’s imports pass through the port.