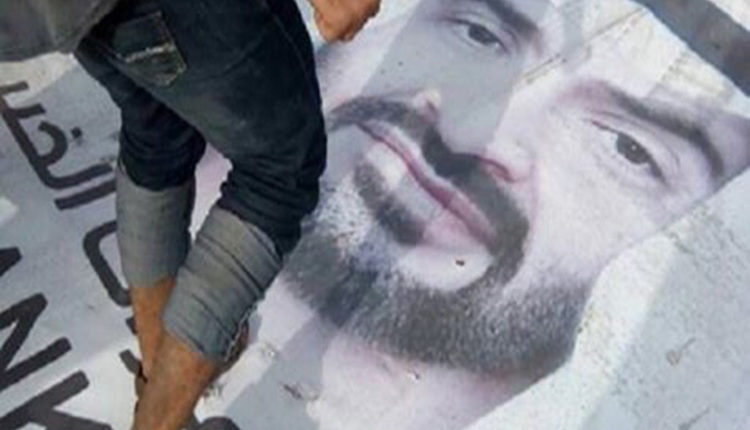 Jordanian writer and poet Bassel Talouzi asked at the beginning of his article “Who Defends the UAE?”

Before answering this question, Talouzi said: It is good to tell this story:

It is said that a tyrant was convinced that there was no doubt that his state’s immunity can be made only by imprisoning and oppressing opponents. According to his calculations, they represent the only weakness in the structure of the state. Justice, freedom and human rights are part of the need for what is not necessary, as long as the iron fist is the basis of governance.

Thus, life imprisonment of dissidents is the only guarantee for the stability and durability of the state. He has gone even further when placing dissidents not only as an internal threat to his rule but as the basis of all external threats, as they are always accused of carrying out “foreign agendas.”

In accordance with this narrow vision, the tyrant programmed his authority and his schedule of accounts. He would start off his days with reassuring that his opponents are in his prisons and detention centers. He also made sure that the prisons are crowded with those of different opinions. He would also end up his day with the same practice.

Things went on like this until the disaster occurred when the country was exposed to a real external threat, which had nothing to do with the opponents. A neighboring country had harassed the tyrant’s country and was slowly approaching its borders.

It was expected, according to military necessities, that the tyrant would sense the limits of the external threat well, and at least hasten to declare the general alarm. However, this wasn’t the case; he remained convinced that the real danger was represented by his opponents in his prisons.

Instead of thinking about how to deter aggression on his borders, he chose to reinforce security guards around the prisons and to deploy his army in the face of any attempt to get the detainees out of prison.

The summary of the story concludes that the external enemy, after touching the shallow thinking of the tyrant, and in order to suffice themselves from the trouble of invasion and the movement of armies, they offered the tyrant occupying the country in exchange for keeping the opponents in prison. The tyrant agreed without hesitation, considering what happened as a victory for him. He sang this victory, although he was thrown away from his country and stripped of all his powers.

The fate of the opponents is yet to be known. Some say that they fled prisons during the tyrant’s “victorious” departure, and went to the borders to defend the country.

On the basis of this novel, we return to the question: Who will defend the UAE if it was threatened by external aggression? The answer is simple: many will defend it because it is an Arab country. There is no room for hesitation in such a motive, but these “many”, for the misbehavior of the rulers of the Emirates, are either in prison or are not allowed to enter the country.

The rulers of the Emirates will probably be surprised that the first Arab to defend the UAE is the Egyptian president who was ousted by the United Arab Emirates, Mohamed Morsi. However, Morsi is now imprisoned by another tyrant who thinks of him as a threat to Egypt.

The Yemeni people will defend the UAE, the people who are subjected to injustice and whose country is turned into prisons and detention centers by the UAE.

The UAE will be defended by people like journalist Taysir Alnajjar whose future is ruined by the UAE intelligence, where he was imprisoned for three years in the UAE. And his charge was criticizing the Gulf countries for their position on the war on Gaza. Many other political prisoners in the UAE will do the same.

All these parties will be the first defense for the UAE, not the Indians, Asians, Ukrainians, or the prostitutes. But the real fear is that the rulers of the UAE will follow the steps of the tyrant who exposed the country to the invaders in return for putting all his opponents in prison.