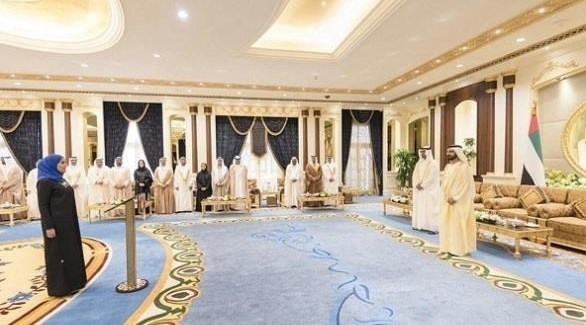 An international report has revealed the “lie” of the Ministry of Happiness, which boasts the ruling regime in the United Arab Emirates to portray it as an oasis of happiness for citizens and expatriates.

The UAE did not come as part of an international report on the 15 happiest countries in the world, although it has a ministry of happiness, which is bragged about day and night by the UAE media.
The Ministry of Happiness was created by the UAE’s ruling regime in February 2016 as part of its ongoing attempts to promote a reality that contradicts what Emiratis are actually suffering.

The Ministry is headed by Oud Al-Roumi, and one of its most important tasks is to harmonize all state plans, programs and policies to boost the society’s happiness.

The international report revealed the publicity offered by the UAE by launching glamorous names such as the Ministry of Happiness and the Ministry of Tolerance, in an open attempt to cover the country’s record of human rights violations.

A report by the United Nations High Commissioner for Human Rights has sharply criticized the human rights situation in the country. It expressed concern about the documentation of human rights violations including “enforced disappearance”, the trial of human rights activists for expressing their views, the torture of prisoners, the injustice of foreign workers and discrimination against women and the subordination of the judiciary to the executive authorities.

The report spoke of cases of “enforced disappearance” and the arrest of persons without warrants and incarceration in secret detention facilities.

It noted that there is “credible information and evidence that many of these individuals were tortured or otherwise ill-treated”.

With regard to fundamental freedoms, the report referred to “the trial of several activists under the pretext of national security, mainly because of allegations of a person’s right to express his opinion and to criticize any policy or public institution.”