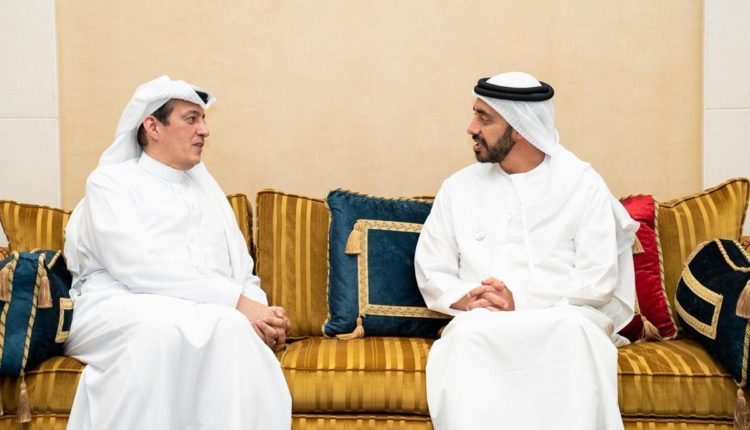 Emirates Leaks spotted suspicious intelligence targets behind the establishment of the Emirates Al-Mesbar Center for Studies and Research.

Reliable sources said that the Al-Mesbar Center was established by the UAE State Security Investigations Service, to be an information and analytical base.

The Center attempt to distort Islamic movements with their intellectual, social and political dimensions, in preparation for their intelligence targeting.

The irony is that those in charge of running the Center are not Emirati, but Saudi.

Research in the intelligence service

The apparent aim of the production of Al-Mesbar Center focuses on monitoring Islamic movements, and on linking it with the phenomenon of extremism and violence in Arab countries in general, and in the Gulf in particular.

The Center’s website states that: “Al-Mesbar Studies & Research Center delivers incisive research and analysis on political and social movements in the Arab and Muslim world.”

The Center described itself as “independent”, which is questioned by several researchers.

As the UAE fully supports the Center in its view of the Islamists, which makes it a starting point from a predetermined agenda.

It also makes the centre “directed, one hundred per cent, to serve the policy of the UAE from the Islamic movements,” according to what Jassim al-Shami, the Emirati opposition figure, described.

In parallel, the Center issues resonant headlines in monitoring and tracking Islamic currents, looking at their developments and outcomes and repositioning them in the world.

However, a number of the Center’s research was dominated by intelligence aspects, such as the research on “the new Muslim Brotherhood in the West.”

This puts question marks over the Center’s collection of information on Islamic movements, organizations and personalities.

It was given to the British government or leaked to the Western press in general to put pressure on their governments, according to the opinion of followers.

Workers at the Center

The Center’s president is the Saudi journalist Turki Al-Dakhil

Al-Dakhil founded the Center and participated in establishing the Elaph website and Al-Arabiya channel, which are all Saudi-Emirati intelligence tools.

Researcher Mansour Al-Naqidan is the director of the Center.

Sudanese researcher Omar Al-Bashir Al-Turabi is the deputy director of the Center, specializing in Sufism.

The Jordanian researcher Ibrahim Amin Nimer, specializes in the Muslim Brotherhood and Hamas.

Iraqi researcher Rashid Al-Khayoun, a specialist in the Mu’tazila and religious movements in Iraq

The Lebanese writer and translator “Radwan Al-Sayyid” is a professor of Islamic studies at the Lebanese University.

The Egyptian writer, “Abdel-Gawad Yassin,” is the author of the book “Power in Islam: A Critique of Political Theory”.

Italian writer Pierre Bury is Professor of Moral Philosophy at the University of Bologna in Italy.

The Algerian thinker Mustafa Sharif, a former ambassador and researcher in the dialogue of civilizations

Tunisian researcher “Mohamed Al-Haddad”, a doctor from Paris’s Sorbonne University, specializes in Islamism, the history of religions, and reformist jurisprudence.

The Lebanese researcher “Rita Farag”, specializing in sociology and women in Islam.

The Egyptian writer “Sameh Eid” is a dissident and specialist in the Brotherhood.

The Egyptian researcher Ahmed Ban is a dissident and specialist in the Brotherhood and is the head of the Nile Center for Strategic Studies.

The Egyptian researcher Sania Al-Bahat specialized in the Brotherhood.

The Egyptian writer “Khaled Muhammad Abdo,” Director of the Tawasin Center for Sufism, writes for Al-Mesbar and for the “Faithful Center” Without Borders (an Emirati financier).

The Saudi writer Fahd Al-Shaqeeran is a specialist in jihadist groups, the founder of the Riyadh Philosophical Circle, and a writer for the Asharq Al-Awsat newspaper.