Battle of the Barrels 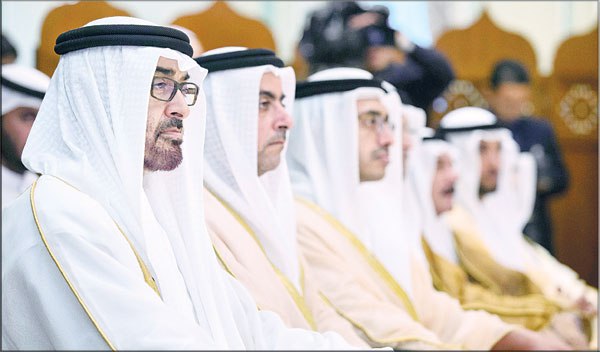 The public disagreement between the United Arab Emirates (UAE) and Saudi Arabia this week in the OPEC+ group has shaken international markets given the high stakes involved for a deal supporting a global economic recovery. The UAE opposed the extension and expansion of a supply deal without first increasing its baseline production. Closer to home, the dispute has been touted as another crack in the Saudi-UAE strategic partnership after the 2011 Arab uprisings, especially since 2015 and the ascension of Saudi Arabia’s King Salman and his son Mohammed bin Salman.

However, the unfolding events represent more than a bilateral relationship gone awry. The relationship will survive the latest disagreement just as it did when the two diverged over other key issues such as Yemen, Qatar, Israel, and Turkey, to name a few, because the benefits far outweigh the costs. Beyond the relationship itself, the standoff speaks to dynamics in a region undergoing major recalibration. Rising economic competition in the Gulf and a more assertive Emirati voice are two of its clearest manifestations.

Saudi and Emirati figures have gone on Twitter, as they often do amid disagreements, to subtly express reservations about one another. The latest tug of war reflected a hypernationalism apparent in both states in recent years. Turki Al Sheikh, an advisor to the Saudi Royal Court and a confidant of Mohammed bin Salman, vented after the OPEC+ spat: “My friend … You are no longer my friend … time … and circumstances have changed you … [but] they did not change me.”

Emirati statesmen were less poetic but equally unsparing. Dhahi Khalfan, a former official whose tweets often reflect the state’s mood, went on a Twitter frenzy: “Interests precede relationships” … “This era does not know friendship or brotherhood … it is an era of material interests” … “Human survival is not for the strongest, but the smartest.” A subtle alliance reset has been in the works since 2019, following the UAE’s strategy shift in Yemen. The undeclared principle behind this reset has been the prioritization of national interest.

The recent dispute is best understood against the backdrop of a growing perception in the Gulf that the post-oil era is nearing. That has led to diversification attempts across the region and has guided several Saudi decisions. These have included pushing for the relocation of regional company headquarters, mostly in the UAE, to the kingdom in order to continue receiving Saudi business, and modifying import rules on goods produced in Gulf Cooperation Council (GCC) free-trade zones, which is a UAE hallmark.

The UAE decision to call the bluff of OPEC+ and demand a higher quota should be read in this light. It is tempting to portray economic measures as intentionally directed against a given state when both the UAE and Saudi Arabia are aiming for self-preservation, leading to a more competitive landscape for all. Left unchecked, however, differences could snowball and negatively impact the neighborhood. However, the region is not there yet and does not need to be when it can accommodate more than one economic powerhouse if Gulf states avoid the pitfalls and temptations of replicating their economic diversification models without much innovation, which could lead to more aggressive forms of competition.

Another transformation underway that has impacted economic issues is the UAE’s rising self-perception as a regional power. This new status means it will not allow others, including Saudi Arabia, to override its interests. The UAE’s firm and lone objection to a once inevitable and imminent OPEC+ deal was an indication of this power projection, and led to an open display of differences with Saudi Arabia. This was in sharp contrast to the two countries’ more established method of managing their differences behind the scenes.

Part of this is also due to the failure of institutions. Neither the Saudi-Emirati Coordination Council established in 2016 nor the GCC can come to the rescue since state relations in the Gulf tend to be personalized, despite the existence of multiple institutions. This lack of institutionalization has inadvertently led to the public airing of disagreements. The Gulf rift (2017–2021) made possible this new normal, which paradoxically may be a blessing in disguise. It has meant a more inclusive process that raises citizens’ awareness of public affairs, allowing them to partake in the process, even if that means, for now, taking to social media platforms.

The relationship with Saudi Arabia has ebbed and flowed ever since the founding of the UAE in 1971. The stakes have become higher given the advanced Saudi-Emirati cooperation in place during recent years, but it would be premature to sound the death knell of this relationship or expect a GCC rift in the making. Both states are coming to terms with one another as they evolve and better understand this evolution. They are increasingly competing in several domains, yet still need each other.

That said, this does not mean that the relationship is immune from further damage. There are three things to watch in order to help determine the direction in which it may go. First, to what extent will the UAE project its power, as it did in the OPEC+ standoff, without calling into question or undermining Saudi Arabia’s larger leadership role? Second, how much coordination will be tolerated as the economic competition unfolds? Will both countries agree to split the difference in periods of disagreement, or will they allow their ties to turn ugly? Finally, how will rapidly shifting domestic, regional, and global developments affect their threat perceptions and geopolitical standing? These interconnected elements will shape the contours of Saudi-Emirati ties and dictate acceptable levels of alignment and divergence moving forward.

The current oil spat will be resolved because of—not despite—the awareness of changing dynamics in the Saudi-Emirati relationship. This week’s public clash reconfirmed this, even if the marriage remains solid. It will continue to impact the two for the time being and, beyond that, will influence the direction of the Middle East.

This article was first published on DIWAN