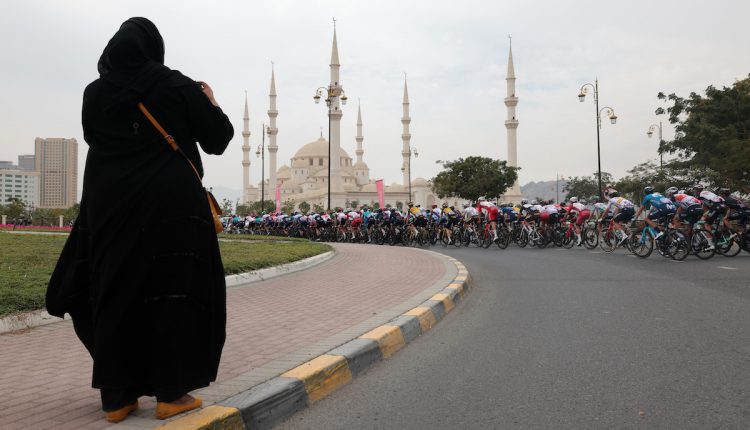 The UAE has come under fire by a human rights organisation, which has raised concerns following the country’s recent acquisition of a female cycling team for 2022.

The current men’s WorldTour team, which is sponsored by the Gulf state, announced on Tuesday that it will be buying the UCI license of the Italian professional Alé BTC Ljubljana team in order to launch its own women’s team.

However, the Geneva-based International Service for Human Rights (ISHR) said the purchase of the team was “deeply regrettable” especially as it is “a regime that systematically discriminates against women in law and in practise”.

“ISHR calls on the UAE to release all of those human rights defenders like Ahmed Mansoor who have been arbitrarily detained solely for their work to promote human rights, equality and justice. The UAE should also guarantee a safe and enabling environment for the work of human rights defenders, and repeal all laws providing for male guardian authority over female family members,” he said.

UAE Team Emirates Team Principal Mauro Gianetti said “We are pleased to announce that we are working to create a female team to compete on the world stage as part of the UAE ambition to develop cycling, in support of a global project that started back in 2017.”

“Together with the ALÉ BTC Ljubljana Team we have found the right opportunity and the availability we were looking for; and, in collaboration with the UCI, we are preparing all the necessary documents for the completion of the acquisition of the World Tour license starting from 1 January 2022.”

Amnesty International has also called on riders, managers and support staff to “familiarise themselves with the UAE’s human rights record”.

The head of priority campaigns at Amnesty International UK, Felix Jakens said in a statement that “The treatment of Princess Haya and Princess Latifa by Sheikh Mohammed [Bin Rashid Al-Maktoum] and his operatives is a clear indication of how women’s rights in the UAE are downgraded and violated.”

According to a report by Human Rights Watch in March, the UAE has made improvements on rights for women but still had a long way to go in term of overcoming significant discrimination against women and girls.