Disputes between Dubai ruler and his wife reach to British judiciary 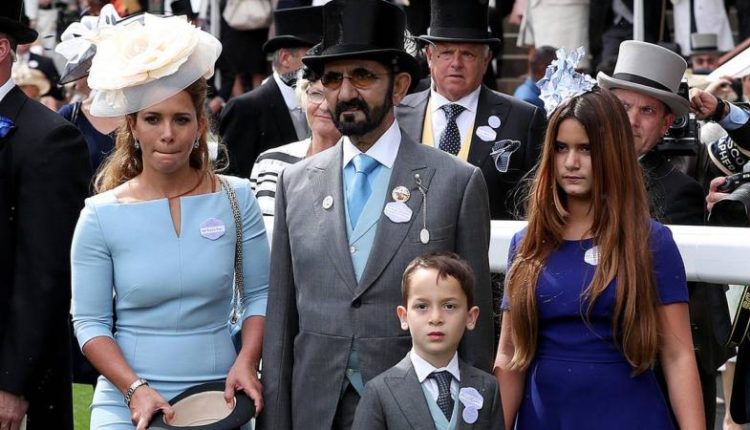 Foreign media in the past few days have been covering the escape of Jordanian Princess Haya bint Al Hussein from her husband, ruler of Dubai, Sheikh Mohammed bin Rashid Al Maktoum, and her political asylum in Germany with her 11-year-old daughter, AlJalilah and her son, Zayed, 7, which launched a diplomatic crisis between the UAE and Germany.

Princess Haya bint Al Hussein,45, the sister of Jordan’s King Abdullah II, married Sheikh Mohammed in 2004. She fled to Germany to seek a divorce, with the help of a German diplomat, after all her media activities had been suspended since February.

The princess, who has a degree from Oxford University, said she chose to flee to Germany because she did not believe the UAE government would protect her, while Berlin refused to forcibly return it under any circumstances after Sheikh Mohammed requested it, The Sun reported.

The Guardian newspaper reported a legal battle between the ruler of Dubai and his wife, now in London, demanding a divorce.

The Guardian reported that the British government was under pressure from the UAE to return Prince Haya to Dubai, but did not respond.

According to the British newspaper, the case of Ibn Maktoum and Princess Haya came before the British Supreme Court, and the Princess lives in her palace of £ 85 million, which is located near the Royal Palace “Kingston” British.

The newspaper did not give details of the cases, but the speculation that the ruler of Dubai wants to recover at least two of his sons, while activists went on to say that the proceedings may also address a prominent merit in the signing of a compromise agreement between the parties, due to the payment of large sums of money.

Sheikha Latifa, the daughter of Mohammed bin Rashid, who was forcibly returned to the UAE after her escape from her father and released in a video about atrocities at his palace, the newspaper said.

Princess Haya expressed concern about her life in London, amid speculation that she had sought formal asylum in Germany, which was presented to her as the first station after leaving Dubai.

The newspaper quoted a spokesman for the UAE embassy in London as saying that the embassy did not intervene at all in the case.

“The UAE government does not intend to comment on allegations about private individuals’ lives.”

Princess Latifa, the daughter of Sheikh Mohammed bin Rashid, fled her family in February 2018 aboard a yacht with the help of a former French spy, Herve Joubert, and her Finnish friend Tina Jayawein, before her father sent a team to follow her and was returned home by force a few days later.

The 33-year-old princess leaked a 39-minute video after her arrest, accusing her father of mistreating her and her sisters, depriving her of driving and traveling, and keeping her under surveillance by the security services, especially after her first escape in 2000.

Princess Latifa also pointed out that her older sister Shamsa tried to escape before her and failed, causing her to be anesthetized and put in prison for years. She asked those who watched the video to help her save her life, according to Le Figaro.

Last year, Human Rights Watch asked the UAE to disclose more information about Latifa, saying that not disclosing the Princess’s presence could be considered an enforced disappearance, given the evidence that it was the last time she was seen the UAE authorities are holding them.

Amnesty International’s report criticized the UAE for its human rights violations and accused it of continuing to restrict arbitrary freedom of expression and association, using criminal defamation and counterterrorism laws to detain, prosecute, convict and imprison government critics and human rights defenders.