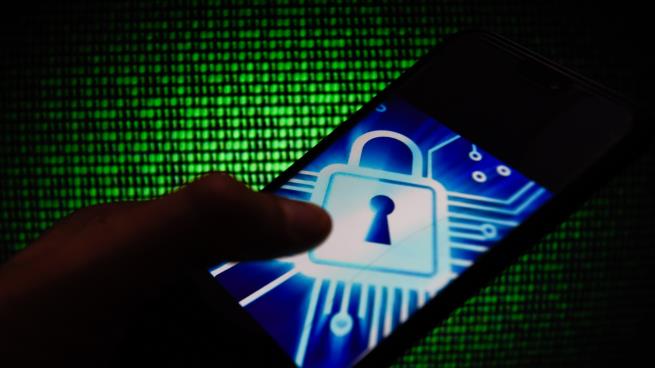 New scandal… UAE uses “TO TOK” to spy on its users

The New York Times revealed that the United Arab Emirates used the ToTok application as a spy tool for its users, so that the authorities, through the application, steal phone data, know the location of application users, spy on conversations, whether audio or video, in addition to the ability to access a microphone The phone and its camera.

According to technical experts, the application was devised by Abu Dhabi-based “Brig Holding” and it is likely that it is related to the Emirati “Dark Matter” company specialized in carrying out electronic piracy, in which former Emirati and Israeli intelligence officials work.

The newspaper also quoted former US security officials as saying that DarkMatter is under investigation by the FBI on suspicion of possible cybercrime.

ToTok is a free chatting application, and the UAE government has allowed it to be used, while it prohibits all other chat applications such as “Skype” and “WhatsApp”. according to the American newspaper, it is considered “the latest escalation in the digital arms race between the rich authoritarian governments.”

It is noteworthy that the companies Google and Apple removed the application “To Talk” from their stores of applications after they decided that it involves violations.

To Tok which was introduced only months ago, has been downloaded millions of times from the stores of “Apple” and “Google” by users throughout the Middle East, Europe, Asia, Africa and North America, and although most of the application’s users are in the UAE, it has ToTok jumped to become one of the most downloaded social apps in the US last week, according to app ratings.

To Tok is an advanced step in Abu Dhabi’s espionage efforts, as it previously relied on contracting with American and Israeli spy companies, but with this application it exceeded the mediators to spy directly on its targets who unknowingly hand over their data and information voluntarily.

The UAE is one of Trump’s closest allies in the Middle East, according to the New York Times, and despite the efforts of the ruling family in Abu Dhabi to show the country as an example of a moderate and modern country in the Arab region, it is considered to be at the forefront of countries that use modern technologies to monitor their citizens and citizens of other countries and suppress internal opposition. The government’s ban on free chat apps has contributed to the new application spreading very quickly among residents of the UAE.

The newspaper quotes a digital security expert in the Middle East, who spoke on condition of anonymity, saying that senior Emirati officials told him that To Tok is indeed an application developed to track its users in the UAE and abroad, and according to security researcher Patrick Wardle, a former pirate at the security agency Al-Watani, the Emirati app is a copy of a Chinese chat application that offers free video calls called (YeeCall).

The ToTok application tracks the users ’location, searches for new contacts at any time the user opens the application, claiming that it helps to communicate with his friends, and can also access users’ microphones, cameras, calendar, and other phone data, even his name is a clear play on the example of the famous Chinese application TikTok.

Although considered “fast and safe”, ToTok does not offer any option for encryption, and the only hint in which the application discloses its use of user data is vaguely written in the privacy policy “We may share your personal data with group companies.”

Reuters news agency revealed this month a US investigation into an Emirati intelligence program targeting Gulf officials and activists at the United Nations.

The investigation stated that former White House and Defense Department official Richard Clarke had assisted the UAE with extensive espionage operations with former US security officials.

They established an intelligence unit named Ravine, while the program’s work involved hacking into email addresses.

The documents showed that the Emirati intelligence program started in 2008. Note that the UAE had previously launched 4 satellites for the purpose of espionage. The last of them, last July, was called “Ain Saqr”.

The UAE shined in the world of classic espionage and then became the leader of electronic espionage.

The UAE has paid ex-CIA officers to build an espionage empire, and has bought billions of dollars in advanced spying technologies from Israel.

The state imposes strict control on all communications in the country, and its espionage activities extend to regional countries and international organizations.

According to recent Google Play rankings, the app was among the 50 best free apps In Saudi Arabia, Britain, India, Sweden and other countries.