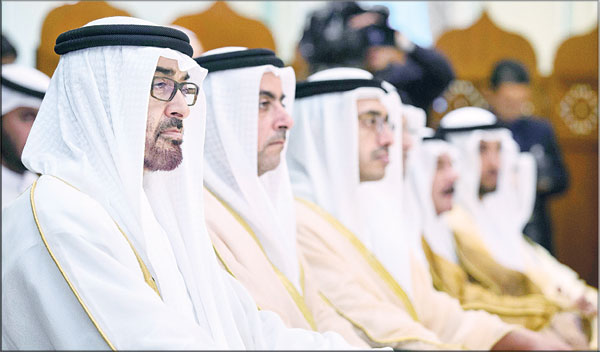 Iraqi politicians and parliamentarians have monitored a series of suspicious moves in the UAE to spread more strife in the country, which has been witnessing bloody riots and popular protests for months.

Iraqi politicians accused the UAE of plotting to divert the path of the compass of the protests taking place in the country, including inciting the Iraqi government and demonstrators to serve its ambitions and gain influence.

The Secretary General of Asaib Ahl al-Haq in Iraq, Qais al-Khazali, vowed the UAE to “pay the price dearly” because of their involvement in the blood of the Iraqis in the demonstrations taking place in different regions of the country.

Khazali said in statements to him, “Whatever the client’s hands that carried out this crime, it is a march in terms of knowing or not aware of the directives of the American and Israeli intelligence.” The role and the hour when you pay the price dearly (and we take revenge) for America and Israel, and then the UAE and Saudi Arabia.”

And he stated, “It is no secret to any of our people that there are indeed subversive groups that want to destroy the country’s status and religious authority more than once, saying that there are foreign interventions that want this country to be wary of them and stand before them.”

This comes days after the confessions of the Vice-President of the Popular Mobilization for Tribal Affairs “Thamer Al-Tamimi” (known as Abu Azzam) were circulated, after his recent arrest.

Abu Azzam admitted, according to what the source said, that he received funding from the advisor of the Abu Dhabi Crown Prince, Mohammed bin Zayed, Muhammad Dahlan, and that his cell’s headquarters are located in the city of Sulaymaniyah.

To that, Arab media quoted Iraqi sources as saying that three Emirati planes loaded with weapons arrived in Iraqi Kurdistan, after the visit of the President of the Kurdistan Region, Nechirvan Barzani, and his prime minister last week to the Emirates.

The Iraqi sources doubted that these weapons might go to Syria Democratic Forces (SDF) and asked the sources about the reason behind this quantity of weapons, and if this weapon was for the Kurdistan region, then it was not sent without the knowledge of Baghdad.

On Tuesday, President Barzani received the Consul General of the United Arab Emirates in Erbil, Ahmed Al-Zahri, and discussed with him the latest political developments and the situation in Iraq and the region.

About a year ago, it was revealed that the UAE had sent a delegation composed of military and intelligence personnel to areas controlled by Kurdish organizations in northern Syria, with the aim of financing 12 observation points in the region in cooperation with the Kurds.

Observers warn that the UAE is seeking to play the card of the Kurds in Iraq in order to enhance its regional position, especially in the face of Turkey.

Abu Dhabi supports nearly 30,000 Kurdish fighters on the Turkish-Syrian border, which are controlled by parties that Turkey considers “terrorist organizations.”