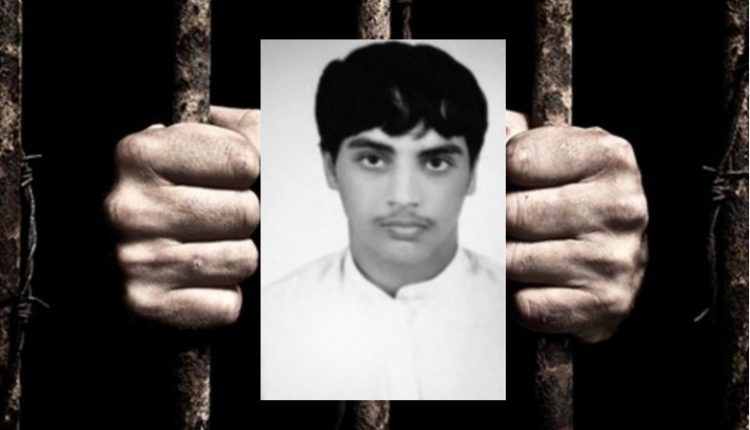 The United Arab Emirates’ regime abuses the Omani citizen, Abdullah Al Shamsi, who has been arbitrarily arrested without any legal basis for several years.

Human rights sources revealed that the notorious Al Wathba prison authorities in the UAE denied Al Shamsi from his right to communicate with his family for nine months, despite his poor health.

Three weeks ago, an Emirati court sentenced Al Shamsi to life imprisonment after imprisoning him for two years, on a false accusation of communicating with Qatar. His imprisonment caused a widespread anger in the Sultanate of Oman and started a hashtag to demand his immediate release.

The website indicated that Al-Shamsi is a 21-year-old, who has been in Al-Wathba prison in the Emirate of Abu Dhabi since August 2018.

His family filed a report to the police, but the response was that there was no information about him. About a month later, the family was surprised by security guards surrounding their house and asking to search it, from which they knew that Abdullah was detained by the UAE State Security.

The family tried to communicate their son, but they were unable to do so during the first months, where Abdullah spent in solitary confinement.

According to the information received by “Atheer”, during that period, Abdullah was investigated and forced into confessing to forming a Qatari spy cell against the UAE.

Abdullah suffers several diseases and was transferred more than once to Khalifa Hospital In Abu Dhabi, then he returned to Al-Wathba prison, where he is currently held.

Omani tweeters launched a campaign on Twitter, requesting the release of Al Shamsi.

After his trial, human rights sources revealed that the Emirati regime blackmailed Al-Shamsi by forcing him to film a video wearing Omani uniforms, in which he made statements about his association with Qatar. Then he was threatened with hurting his family. He was promised to be released if he does so.