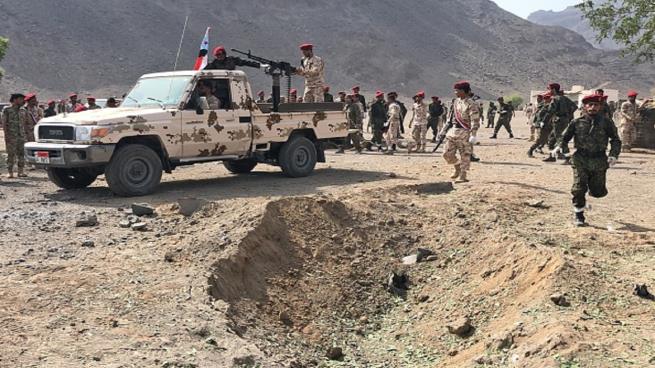 The UAE has recently devoted its influence through criminal militias to large swathes of Yemen after Abu Dhabi-backed separatists seized the city of Aden, the capital of the Riyadh-backed Yemeni government.

The UAE has promoted the call for dialogue but stopped short of calling on southern fighters to give up control of the Yemeni port city in favor of the government of President Abd Rabbu Mansour Hadi.

With the UAE’s subversive practices, the Sunni-led coalition, led by Saudi Arabia, has cracked after more than four years of fighting in support of the internationally recognized Hadi government against the Iranian-allied Houthi group.

The Houthis control the capital Sanaa and the most populous region. Hadi lives in Saudi Arabia, but his government, troops, and allied parties ran Aden until the separatists took over government positions over the weekend.

The war in Yemen since 2015 has killed tens of thousands and pushed the country to the brink of famine.

Following are details of the UAE militias’ control in Yemen:

Aden: Forces of the UAE-backed separatist transitional council recently took control of the city after days of fighting with government forces.

Al-Dhali: The government forces control most of Al-Dhali governorate, with a large presence of the pro-Emirati Security Belt. It is also the birthplace of the head of the so-called Southern Transitional Council, Aidarous al-Zubaidi, while the Directorate of Dumat and parts of the districts of Qatoba, Juban and al-Hasha are under Houthi group control.

Shabwah, al-Jawf and al-Bayda: The legitimate government shares the so-called Shabwani elite forces loyal to the emirates in the Shabwa governorate. The government also controls a large number of districts east, central and south of Jouf province, as well as districts from al-Bayda governorate adjacent to Marib.

Abyan: Abyan governorate, which has troops from the UAE-backed Security Belt, is also under the control of the legitimate government.

Lahj: The legitimate government shares control of the governorate of Lahj with the security belt forces of the UAE, but the situation is largely oriented to the latter’s control.

Socotra: The Socotra is also under the control of the legitimate government, which protested to the UN Security Council against the UAE’s violation of Yemeni sovereignty and the unjustified deployment of its forces in the archipelago.

Hodeidah: Most districts of Hodeidah governorate in western Yemen are under Houthi control, with the exception of some of the districts south of the city controlled by the forces of the “Giants”, a southern forces loyal to the Yemeni President, and forces “Tariq son of the former Yemeni president,” and does not recognize the Yemeni President Abd Rabbo Mansour Hadi , but they are loyal to the UAE.