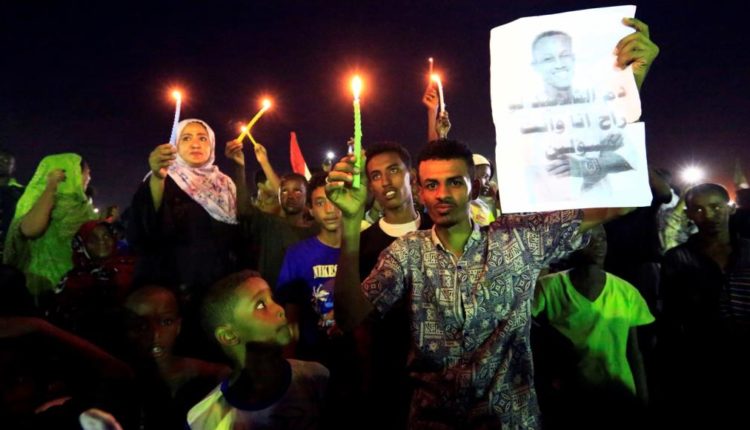 The United States has put pressure on the UAE and its Saudi ally in recent days to allow a power-sharing agreement between the Transitional Military Council and the popular revolution.

Two Sudanese opposition sources said Washington had put pressure on both the UAE and Saudi Arabia to ease the way for an agreement in Sudan and to stop supporting the Transitional Military Council and limiting its bullying against the Forces of Freedom and Change.

The sources quoted US special envoy to Sudan Donald Booth, who visited Khartoum on Monday and met with the head of the Transitional Military Council, Abdul-Fattah al-Burhan and opposition leaders, saying that this time he saw a significant change in the civilian transition.

Booth added that he spoke with the military about the issue of absolute immunity contained in the proposed agreement and that he felt that they were not sticking to it.

Booth is expected to stay in Khartoum for a few days and then go to Riyadh to complete consultations with the Saudi leadership on how to support Sudan in the next phase.

Observers say that when Booth visited Khartoum last time he was able to generate momentum in the negotiations after a tour that included Saudi Arabia. They also say that Washington would push towards a compromise solution that would be closer to the military’s perceptions of security responsibility based on past fears.

The talk about the demand to remove Sudan from the US list of states sponsoring terrorism was strongly present at the Booth meeting with opposition leaders. But, he told them it linked the formation of a civilian government, especially since the resolution was more to the US Congress than the executive branch of the US government.

The US envoy suggested that a delegation of the civil government, once formed, should go to Washington to meet with Congress and work to persuade them to remove Sudan from the list.

The Booth meetings in Khartoum coincide with moves by Congress, which began to loom of sanctions if the military refused to hand over power to a civilian government.

The US House of Representatives passed on Monday the so-called “Kildeeproject” to defend democracy and peace in Sudan. The project calls on the Sudanese government to transfer power to a government led by civilians, respect democratic principles, and end all forms of violence against citizens.

The Transitional Military Councill in Sudan and the forces of the Declaration of Freedom and Change signed on Wednesday the initials of the political agreement. The signing came after a marathon meeting held by the delegation of the Council and the forces of change on Tuesday evening and continued until the early hours of this morning in order to agree on controversial points on the management of the transitional period.

“The signing of the political agreement is a decisive step towards the comprehensive agreement between the two parties and facilitates the second step of studying, revising and approving a constitutional decree for the interim period,” Sudan mediator Mohamed Lahcen Labbat told a news conference in Khartoum.

The press conference – which announced the agreement on the first document – said that the military council and the forces of change would sign the second document, the constitutional declaration on Friday afternoon.

One of the most controversial issues between the parties to the negotiation was granting absolute immunity to the generals of the council to avoid accountability for the recent violence that killed dozens of demonstrators. A point that was prompted the military council and rejected by the forces of change.

The opposition forces in Sudan – the paramilitary forces led by General Mohamed Hamdan Diklo (Hamidati), the deputy head of the military council – are responsible for the deaths of more than 125 protesters during the sit-in in front of the army’s general command on June 3 and attacks.

The UAE has been accused by the Sudanese opposition and a Western country of providing suspicious support to the military council in Sudan as part of its plots to wage the popular revolution in the country led by counter-revolutions for years.