Large-scale arrests against Palestinians in UAE 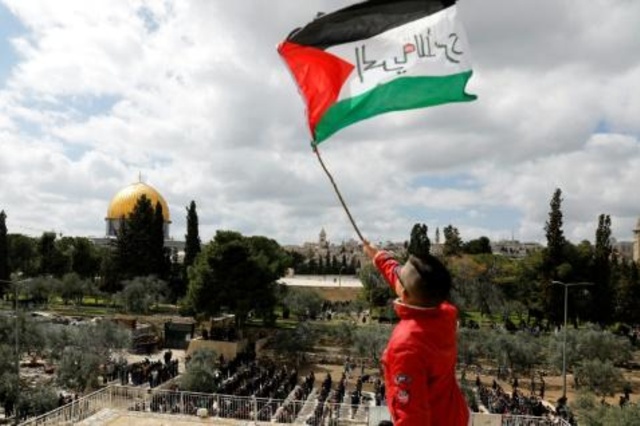 Media sources revealed a widespread arrest by the UAE security services against Palestinians living in the state aiming at tightening on the Palestinians.

In the past few days, the UAE has witnessed an unprecedented campaign of summonses and arrests of dozens of Palestinian residents. Hundreds of Palestinian families have been put into a state of tension and anxiety over their future and the fate of a number of their children.

Palestinian families inside the UAE spoke about the exposure of dozens of its residents to a series of arrests and arrests, in recent weeks, launched by the UAE security authorities.

The same media sources stressed that the recent period witnessed significant developments in summons campaigns of Palestinians inside the UAE, for investigating inside police stations near their places of residence, periodically and without explaining any reasons for these campaigns.

He explained that the security of the UAE, launched a campaign of summonses, investigations, and arrests large among the Palestinian community for more than three months, pointing out that more than 38 citizens at least have been prosecuted at different periods.

He said that If any Palestinian wants to renew the residency permit or passport, or any treatment, it will be delayed and he will be entered into several investigations with the security authorities, and the treatment is often rejected.

“It is impossible that the UAE accept any treatment of the Palestinians inside the official and governmental institutions without several investigations and even arresting the owner of this treatment,” he said. “The suffering is escalating and the situation is gradually tense.”

He pointed out that they were surprised during their reviews in government departments in Abu Dhabi, Sharjah and Ajman with some of the decisions at the official government level, which calls for “investigation and scrutiny” in each transaction has a Palestinian owner, noting that these actions, which he described as “strict” received from every Palestinian inside the United Arab Emirates.

Referring to the arrest and detention of members of the Palestinian community, Dababshah revealed the names of some of the families whose children were subjected to regular and systematic interrogation and detention by the UAE security forces, including the families of Ziada, Yaziji and Al Shaer.

“Some of those arrested are interrogated and return to their homes on the same day. Others were arrested one or two days after intensive investigations,” he adds, before pointing out that “the questions that were addressed to most of the detainees concerned the Gaza Strip, and political affiliations, in addition to relations with the Palestinian Authority and President Mahmoud Abbas.”

He said that any suspicions related to resistance or contacting with the Fatah movement in Ramallah or Hamas movement in Gaza, or opposition to the political or internal political line of the UAE would be subjected to immediate suspension of residence or treatment and transfer to detention until the final deportation from The country.

Dahlan has very strong relations with Saudi Arabia, Egypt, France, and Britain, as well as with the United States. He is a tool in the hands of the UAE Crown Prince in the Middle East and currently manages many hot and bloody files in the region, especially those where the UAE has a hand.

Dahlan split from Fatah because of sharp disagreements with Abbas, the formation of a new trend called the Democratic Reform Movement in the Gaza Strip in 2016, and the launching of activities in a number of regions and countries in the name of this movement, which he considers a representative of Fatah movement.

The UAE’s relations with Hamas, as well as the Palestinian Authority and President Abbas, are tense, fraught with many differences and mutual accusations.

Analysis: UAE and imposing Yemen division scenario to serve its ambitions in the south the country