Leaked letters from inside one of the most fortified prisons in the world, where Abu Dhabi’s political detainees are held expose the extent of the suffering, torture and abuse endured by prisoners. 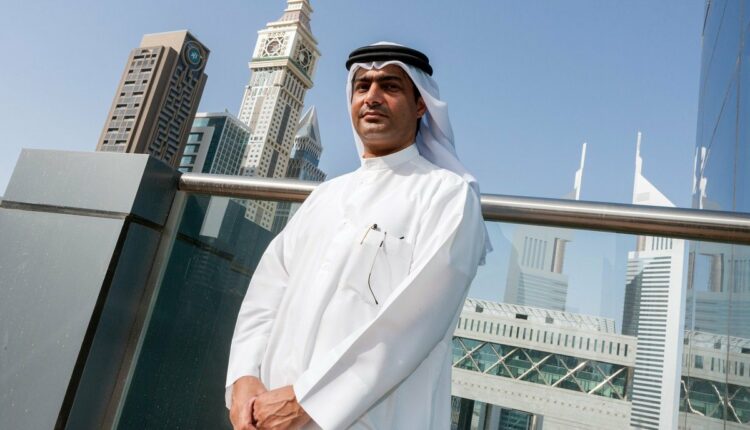 61
Share
Leaked letters written by detained UAE human rights activist Ahmed Mansour, 51, reveal that he has been placed under solitary confinement since his arrest on 15 March 2017. He has been under strict security supervision.

Initially, nine charges were brought against Mansour, however this was dropped to six when he was referred to court. They include:

1-Joining a terrorist organisation that aims to undermine the security and interests of the state, in reference to the Geneva-based human rights organization Al-Karama.

Mansour noted in the letters that this accusation has been based on his participation in a Twitter campaign on arbitrary detention in Saudi Arabia organised by Al-karama, adding that his involvement in the affair consisted of a picture of him holding a paper, on which he wrote in Arabic and English: “Saudi Arabia without arbitrary arrest.”

He indicated also that the authorities found an email sent by an Al-Karama employee asking about the case of Osama Al-Najjar and the UAE94. He responded “that Skype would be appropriate to discuss the matter, and the court has acquitted [me] of this charge.”

2- Publishing fake information by claiming that the UAE practices oppression and abuse against its population and violates their rights, which would increase strife and hatred and disturb public order.

Mansour noted that “this accusation is related to publishing or re-posting tweets on topics related to human rights issues, such as arbitrary detention, secret prisons and some public prisons, especially Al-Razeen prison, travel bans, and the revocation of citizenship; in addition to tweets about the decline in freedom of opinion and expression in the UAE, the issuance of numerous broad laws that can be misused against activists and which criminalise internationally recognised rights, most notably the Law on Combating Information Technology Crimes, the Terrorism Law and some articles of the Penal Code.”

3- Providing the organisations identified in the investigations with incorrect information that would harm the reputation, prestige and position of the state.

The human rights activist stated in this regard that this charge was based on the fact that he participated via Skype in several conferences in Britain and Switzerland, stressing that these participations are published in relation to topics about laws and freedoms in the Emirates, the status of human rights activists in country, nationality laws, as well as the speech he gave (via Skype) on the occasion of winning the Martin Ennals Award in 2015.

He added that the prosecution based its case on deleted email correspondences to international human rights organisations, including Amnesty International, Human Rights Watch and the Gulf Center for Human Rights, in which human rights issues were discussed.

5- Violating, through the use of public means via the aforementioned accounts the position of judges of the Federal Supreme Court by claiming that its rulings are unfair.

6- Publishing what happened during the public court hearings dishonestly and with bad faith, using public means via the aforementioned accounts and an information technology platform.

Mansour pointed out that there is no clear reason where these charges arise from but suggested that they could relate to an email about Dr. Nasser Bin Ghaith sent to some organisations about his first appearance in court after an enforced disappearance that lasted eight months, alleging that the security services are interfering with the judicial service based on the ‘Report of the Special Rapporteur on the Independence of Judges and Lawyers‘, who visited the UAE in 2014.

Mansour confirmed that he was sentenced to ten years in prison and handed a one million dirham fine ($272,000) on 29 May 2018, in addition to being placing under surveillance for a period of three years starting from the day his sentence ends, confiscating all communication devices used in the crimes and the closure of his online accounts.

Details of the trial

Mansour said in his handwritten letters that he recorded the details of his court hearings and the various violations he suffered in the Federal Court of Appeals in Abu Dhabi and the Federal Supreme Court.

He stated that the first court hearings actually began a year after his arrest, on 14 March 2018, and lasted only three minutes as no charges were filed against him. The hearing to appoint a lawyer to defend him was postponed although the judge accepted Mansour’s request to defend himself and he was given the opportunity to complain about being held in solitary confinement and the suffering he had endured.

Mansour recalled the harsh conditions of his solitary confinement during the second court session, which also lasted only five minutes due to the absence of the delegated judge. However, he was not heard and the session was postponed to 9 May 2018, and then, following the request of the delegated lawyer, the session was brought forward to 25 April.

During that session, the charges brought against the activist were read. Afterward Mansour’s demands regarding conditions of solitary confinement, phone contact with relatives and family visits and a request to obtain a copy of the case file and a copy of relevant laws were reaffirmed. Although the judge promised to meet all these requests, none of these promises were fulfilled, and the case was adjourned to 9 May to hear the prosecution’s witnesses.

The judge set the date for adjudication for 29 May, and recommended the defendant be provided the case details or given a copy of the case file. Mansour, however, confirmed that he had not obtained a copy, but saw the file in the prosecution’s office; and accordingly he sent a defence memorandum to the prosecution that did not carry any significant impact on the course of the trial.

The first hearing of the case at the Federal Supreme Court (the Court of Cassation) took place on 29 October 2018 and was chaired by the Emirati Judge Falah Al-Hajri. During this session, the human rights activist complained of the harsh conditions of his solitary confinement and demanded he be granted the rights enjoyed by a pre-trial prisoner, in addition to the rest of the aforementioned demands, most notably the right to obtain a copy of the case file. The session was postponed to 12 November.

The detained activist pointed out that the court’s second session tackled cases related to Mansour’s prison conditions and his right to obtain a copy of the case file; in addition to the fact that the prison administration prevented him from taking a memorandum he prepared to defend himself to court.

The case was postponed to 26 November and then referred to 10 December, during which he submitted two defence memoranda, while the court decided to set the date for adjudication for 24 December. The judge postponed the trial to 31 December without informing the defendant, and the court rejected the appeal submitted by the prosecution and the accused.

Mansour said being held in isolation was extremely difficult over the first two and a half years, as he was not allowed to talk to any prisoner even from a distance.

He recounted what had happened on 14 December 2017, when he went back to his cell late at night after interrogation, only to be surprised that the prison administration entered his cell and confiscated all his underwear and clothes, leaving him only with a top whose sleeves they had cut. In addition to that, the mattress on which the activist slept, and all his toiletries including soap, shampoo, toothpaste, deodorant and towels were confiscated. Later they also took his papers and pens, before cutting off his hot water supply in the winter.

Mansour pointed out that this caused him high blood pressure and led to him suffering fevers.

“Two days after the verdict was issued (or rather pronounced) on 29 May 2018, a paper was hung on my cell gate that read: ‘Strictly not allowed to leave the cell unless in an emergency or at security orders after reviewing the Security Information branch…calling or visiting is forbidden except with the approval of the department director or his deputy’,” Mansour added.

He confirmed that this paper was placed at the door of every cell he was held in until July 2019.

Mansour noted that he went on two hunger strikes in defence of his rights as a prisoner, after exhausting all legal and conventional methods. He staged the first strike from 17 March until 10 April 2019, and lost almost 8.5 kilogrammes. The second began on 17 September and ended on 2 November 2019, when he lost 11.5 kilogrammes.

Mansour believes that the prison administration delayed meeting his demands, stating that he only realised a few of his requests.

“To sum up, my situation is almost the same as it was before the two hunger strikes. I am still in solitary confinement with a door permanently locked and only opened to receive meals and water, go to the clinic, receive my purchases, or do some physical exercises. I do not have a TV or radio or any books, newspapers, nail clippers, sports shoes, a bed, a mattress; and they do not provide me with a shaving kit, although I was allowed to buy a razor one year and nine months after I entered the detention facility. I also was not allowed to bring my glasses that the doctor prescribed for me for reading to prison.”

For years, the UAE has been facing criticism for imprisoning hundreds of peaceful human rights defenders and politicians because of their demands for political reforms that pave the way for holding democratic elections. Authorities, however, deny any rights abuses and affirm their commitment to respecting freedoms.