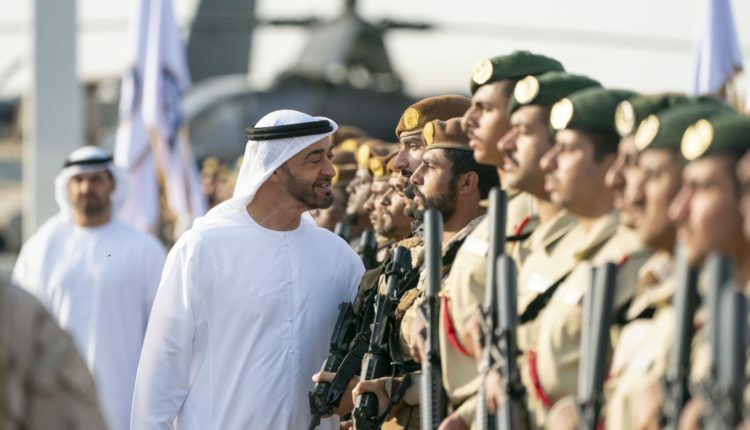 An international opinion poll showed that most Emiratis demand a halt to their country’s foreign wars and focus on political and economic reform.

The Washington Institute for Near East Policy report revealed an explicit expression of the sharp contrast between the popular position in the UAE and the policies of the ruling regime in the country.

The poll showed that a noticeable percentage of three-quarters or more of the respondents in the UAE agreed with the following proposition: “At present, internal political and economic reform is more important for our country than any issue related to foreign policy, so we should stay away from any wars outside our borders.”

When respondents were asked to choose the two most important US policy priorities in their region, the responses were split evenly among the four options presented.

About a quarter of them chose “pushing towards a solution to the Palestinian-Israeli conflict” as their first option. In contrast, roughly equal percentages chose other goals: containing Iran, ending wars in Yemen and Libya, or – more surprisingly – “promoting human rights and democracy.”

As for the attitude toward the United States, more than half in the UAE see the change from Donald Trump to Joe Biden as appropriate for the Middle East, in yet another stark contrast to the dominant domestic elites.

As in previous polls, just under half consider good relations with Washington important, roughly equal to the view of China in recent years, and somewhat higher than Russia.

The Carnegie Endowment for International Studies has previously said that the wars of the UAE and its reliance on mercenaries undermine the confidence of international parties in it.

The Institute issued a study entitled: The Evolution of UAE Foreign Military and Security Cooperation: The Path Towards Military Professionalism.

After two decades of concerted investment and operational experience, the UAE Armed Forces, dubbed “Little Sparta,” have become one of the leading armies in the region.

This is with nearly 63,000 active soldiers for a population of 9.9 million (only 1.2 million of whom are Emirati) and allegedly reinforced by foreign auxiliary forces and mercenaries.

In addition, the UAE is one of the closest military partners of the United States in the Middle East.

American researcher Kenneth Pollack estimates that the UAE armed forces are the most capable among the Arab countries, while there may be variation within the units of this force.

But there are doubts about the UAE’s commitment to its international principles of professional military conduct, transparency, and accountability.

It also includes a commitment to ethical behaviour and incorporating lessons learned to apply them and move forward to become part of the organization.

If the UAE’s strategic planning capabilities are developed, it will better match defence priorities with resources.

For example, if the country envisions other counterinsurgency campaigns and proxy wars in the future, does it need to create capabilities within the Emirati force to perform those tasks in a more effective and integrated manner?

Or will the continued reliance on mercenary forces suffice?

But reliance on mercenaries opens the UAE to international scrutiny and undermines its legitimacy in the eyes of critical partners.

The UAE should conduct a concrete review of its interventions in Yemen and Libya, which have tested its power structure and military capabilities.

It was reported that the UAE hired and mobilized groups of mercenaries and agents to supplement its force.

Gaps in the UAE’s strategic planning capabilities exacerbate the risks of over-expansion and reliance on less professional and less integrated forces.

A lawsuit filed against the Pegasus spy program