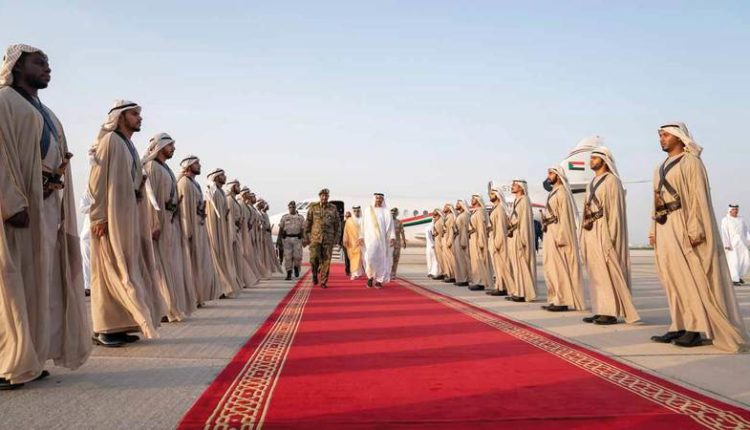 Analysts highlighted that the UAE’s mediation in Sudan’s coup is no longer a secret. Abu Dhabi’s involvement in and influence on most of the counter-revolutions aftermath of the Arab Spring has become too clear to be unnoticed.

President Joe Biden’s administration has recently asked the UAE to pressure the generals in Sudan – who recently carried out a coup – to release prisoners, including Prime Minister Abdalla Hamdok, and restore the civilian government.

An analysis published by the Pakistani magazine Global Village Space stated that Sudan is the exception to the rule in the UAE’s guide to counter-revolution.

In contrast to what it did in Egypt or Yemen, where it made strenuous efforts to help roll back the achievements of the popular revolutions, the UAE rejoiced at the departure of Sudanese President Omar al-Bashir.

The Sudanese army ousted al-Bashir in April 2019 as mass anti-government protests demanded a regime change. The military ensured that transitional power-sharing arrangements—negotiated with political and civil society groups—would tilt in its favour.

The United Arab Emirates and the United States agreed that it was time for al-Bashir to go. However, they probably disagreed over who should succeed him; The United States pushed for a transition to a civilian-led democracy, according to the magazine’s analysis.

The analysis indicated that UAE leaders have repeatedly rejected democracy as an appropriate model of governance. This has not prevented the Biden administration, which suspended $700 million in aid to Sudan in the wake of last month’s coup, from relying on the UAE to pressure the country’s military leaders to restore the transitional structure.

In response, the UAE is believed to have persuaded the military to release ousted Prime Minister Abdalla Hamdok, who the putschists had initially held.

The magazine quoted a US official as saying, “We are really focused on engaging the Emiratis, who have a relationship with General Al-Burhan, and employing this engagement in the short term using their credibility with General Al-Burhan to release those who were arrested.” The official was referring to Abdel Fattah Al-Burhan, the commander General of the Sudanese army, which seized power last month.

Saudi Arabia and the UAE, appeased by Bashir sending thousands of Sudanese soldiers to support the Gulf states’ intervention in Yemen, had long backed his regime with billions of dollars in investments and financial support.

Yet, they felt growing resentment over Bashir’s failure to deliver on his promises to break away from the Islamists’ support base and its supporters.

Al-Bashir’s determination to remain neutral became even more disturbing after the UAE, Saudi Arabia, Egypt and Bahrain declared in 2017 an economic and diplomatic boycott of Qatar over its alleged support for Islamists.

Repressive reprisals against UAE’s opponents and their relatives