UAE base in Niger to serve its expansionist ambitions Military 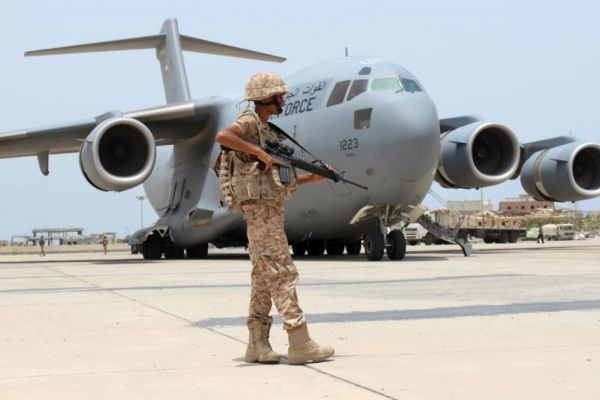 The United Arab Emirates seeks continuously to build more foreign military bases to serve its expansionist ambitious to gain external influence and loot the wealth and capabilities of nations.

The discussions between the UAE and Nigerians have been long and difficult, but are now on the verge of success, the French-based Le Monde Afrique website said. Only a few details remain to be discussed so that the UAE army in the coming months will install a military base on the northern border of the Niger bordering Algeria and Libya.

The French site is concerned about the growing role of the UAE in the continent and its impact on Niger’s relations with neighboring countries in Libya, Algeria, Mali, and Burkina Faso.

This is a very dangerous step by President Mamdou Isoufou, who is getting involved in the Libyan conflict, the website said. This alliance with the UAE is necessary to support the attack of UAE ally Khalifeh Hafter against Libya’s National Accord Government led by Fayez al-Sarraj, which is internationally backed and would weaken the security situation in Niger, which is already unstable.

The website added that the agreement between the Niger and the Emiratis is clear evidence that General Hafer’s decision to try to seize power by force in Libya could threaten the region’s security.

Al-Serraj said in televised statements that the fighting around Tripoli had a first result, namely the return of an encouraging force, with the awakening of many sleeper cells.

The site pointed out that Isovo had initially refused to agree with the Emiratis, arguing that his country had just refused to set up an Italian military base in northern Niger, where Rome wanted to establish a special base, to combat illegal immigration to Europe.

After the Italians, Emiratis eventually persuaded Niger officials through “checks” and diplomatic pressure and relied on the help of their very influential Saudi ally in Niger.

The website said that neither the Niger nor the terrorist threat in the Sahel is what matters to the UAE; which by the way does not have a tradition of interfering in these affairs. In Libya, the presence of this military base in the north of Niger is a stone’s throw away from Libya, allowing the Emiratis to support Hafar more easily, a general supported by Abu Dhabi against the Libyan army until the national unity government.

In addition to the support of Marshal Hafer, the establishment of an Emirati base in Niger lengthens competition between the UAE and its Saudi and Egyptian allies, on the one hand, and supporters of the Libyan National Army, on the other, Turkey and Qatar, who support the national unity government defending Tripoli.

For Niger, the existence of a UAE military base is considered a risky operation. In fact, many Nigerian nationals are already trapped in the war in Libya and could pay for their country’s lack of neutrality in the clashes between Haftar and Al-Sarraj.

In addition, there is the risk of renewed frustration by the Nigerian armed forces, which are already condemned to coexist with German, American and French military bases.

With the arrival of the UAE army, Niger will have four foreign troops on its territory without being immune from terrorist attacks on the western border with Mali and Burkina Faso; in the southeast, it shares with Nigeria.

Analysis: UAE attempts to improve its reputation won’t save its unknown future