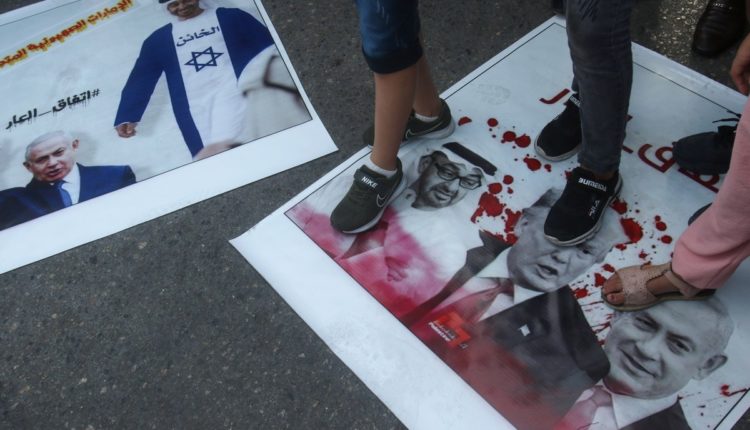 Emirati businessman Khalaf Al-Habtoor has said that Palestinian refugees will never return to the homes, cities and villages from which they were expelled by Zionist gangs in 1948.

In an article published in the Saudi owned Arab News, Al-Habtoor wrote: “There is a valid argument that says the Israelis have been intransigent. But the same can also be said for the Palestinians, who still insist on the right of return for refugees who are in Syria, Jordan, Lebanon and elsewhere.”

“That is never going to happen, and they know it full well,” adding: “They would be better off asking the host nations to tear down the camps and allow the refugees the right to work and own their own homes.”

The businessman claimed that Palestinian refugees “pass on false hopes to their children, along with the keys to the former homes of their fathers or grandfathers, keeping a visceral hatred for Israelis alive down the generations. I believe this is unfair for both generations.”

Al-Habtoor praised the peace deals between the Gulf states and Israel, saying: “The beauty of the Abraham Accords is that they greatly benefit all signatories in terms of trade, commerce, tourism, technology and security.”

“They cement a united front against a common enemy that is working toward manufacturing nuclear weapons with which to hold its neighbors hostage,” he said in an apparent reference to Iran.

“The more Arab states that have peace treaties with Israel, the more influential the bloc will become.”

Abu Dhabi said the deal was an effort to stave off Tel Aviv’s planned annexation of the occupied West Bank, however, opponents believe normalisation efforts have been in the offing for many years as Israeli officials have made officialvisits to the UAE and attended conferences in the country which had no diplomatic or other ties with the occupation state.

Israeli Prime Minister Benjamin Netanyahu however repeatedly  said annexation is not off the table, but has simply been delayed.