The UAE contradicts the values of its alleged ‘tolerance’ slogan 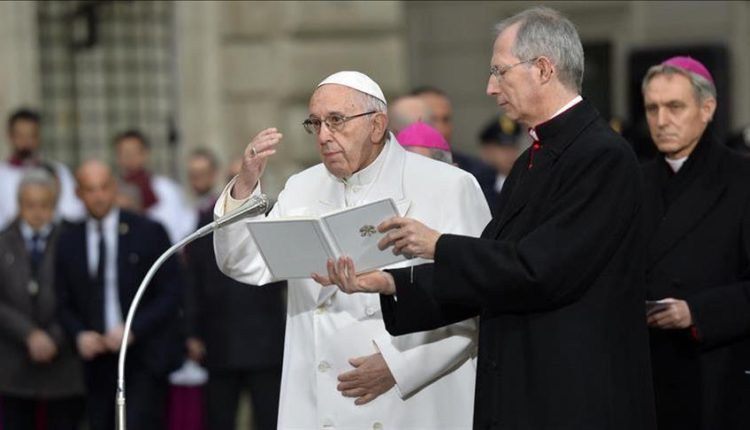 The UAE has been making vigorous efforts over the years with high spending to promote itself as a pioneer of harmony among sects, religions, and races around the world.

There is no doubt that there is a co-existence, in the mixed Emirati society, from a large number of religions, sects, and races of more than 9 million people, including indigenous people and expatriates led by communities from Asia, mainly India, and from Arab countries, mostly Egyptians, Lebanese and other nationalities.

Emiratis are 19% of the population, while Arabs of other nationalities make 23%. The largest proportion is from south Asian immigrants which are 50%.
There are more than 200 nationalities living in the UAE without any sectarian or racial discrimination, with respect for their religious and cultural heritage, religious practice and religious observance. Christians attend dozens of churches to pray, Buddhists, Hindus, and others have temples as well.

The Indian community is one of the largest expatriate communities in the country, followed by the Pakistani, Bengali and other Asian, European and African nationalities.

The United Arab Emirates has hosted several religious dialogues organized by the Muslim Council of Elders, which was announced in July 2014 in Abu Dhabi and is headed by Ahmed al-Tayeb, Sheikh of Al-Azhar.

The UAE hosted the first visit of the pope Pope Francis to the Arabian Peninsula region in 2019, which the UAE called “the Year of Tolerance” in order to promote human values and coexistence among human beings.

The UAE declared 2019 a “Year of Tolerance” and affirmed the value of tolerance as ” … a sustainable institutional work through a set of legislation and policies aimed at deepening the values of tolerance and dialogue. And openness to different cultures…”

More than 700 people from around the world representing more than 12 religions and communities attended the meeting.

The UAE is the only in the world which has a Ministry of Tolerance.

Unlike other Gulf states, such as Saudi Arabia, which is the UAE’s strategic ally, the UAE allows other religions, such as Christians, Jews, Hindus, and others, to practice their worship freely.

In the UAE, there are more than 40 Christian churches, which make up more than 14 percent of the population of the state, which has built a number of temples for Hindus, Buddhists, and others.

By hosting a dialogue between religions, representatives of the Vatican and the Grand Sheikh of Al-Azhar, the UAE hopes to promote itself as the center inter-religious tolerance and to promote the Muslim Council of Elders, headed by Sheikh Al-Azhar, as a reference for Muslims in the world.

The visit of Pope Francis to sign the human fraternity with the Grand Sheikh of Al-Azhar was officially welcomed by the Crown Prince of Abu Dhabi, “It represents our aspirations to consolidate the values of tolerance,” praised by the State Department as “a historic moment reflects the embodiment of the vision Mohammed bin Zayed tolerance.”

The civil war in Yemen was present at the visit of Pope Francis, who condemned the “logic of armed force,” he stressed that “fighting” what he called “extremism” is the beginning of the peace in the world without addressing the suffering many people in the Islamic world, like Syria and others, as a result of the war on “extremism” and terrorism.

Sheikh of Al-Azhar said that “religions are innocent of terrorism” at the same time that the United States and other countries are waging wars in a number of countries in the Islamic world under the pretext of fighting “terrorism and Islamic extremism” that innocent civilians are not part of the war.

The Muslim Council of Elders is a broader Emirati effort to counter the political movements of Islam and undermine the role of the International Union of Muslim Scholars, the patron of these movements.

While there seems to be no doubt about the “tolerance” within the UAE community among adherents of different religions, and this is a contribution to create a deeper state of harmony among followers of religions, this does not absolve the UAE from answering questions about the unlimited support it provides to the “authoritarian” regimes in the Middle East, and the “counterrevolutions” to abort the aspirations of the people of the countries of the “Arab spring revolutions” against their repressive and authoritarian regimes.

International human rights organizations and Human Rights Watch called on the Pope on the eve of his visit to the UAE to use his visit “to put pressure on the UAE leaders to fulfill their human rights obligations at home and abroad”. “Despite its emphasis on tolerance, the UAE government has shown no real interest in improving the country’s human rights record.” “The UAE authorities have consistently violated freedom of expression and association since 2011,” as well as “stop the serious human rights violations” committed by its forces in Yemen.

On the other hand, the UAE’s attempt to spread “tolerance” among human beings needs more than a confirmation of the embodiment of these values as a living reality in Yemen, which suffers the worst humanitarian crisis in contemporary history, according to the United Nations, as a result of the Arab Alliance for the restoration of legitimacy led by Saudi Arabia and the UAE since March 2015.

The UAE, which is living in a year of “tolerance”, must reinforce this concept with more practical steps at least within the state, which arrests dozens of oppositionists from the UAE in bad conditions and to lift or ease the boycott measures imposed on Qatar for more than twenty months.