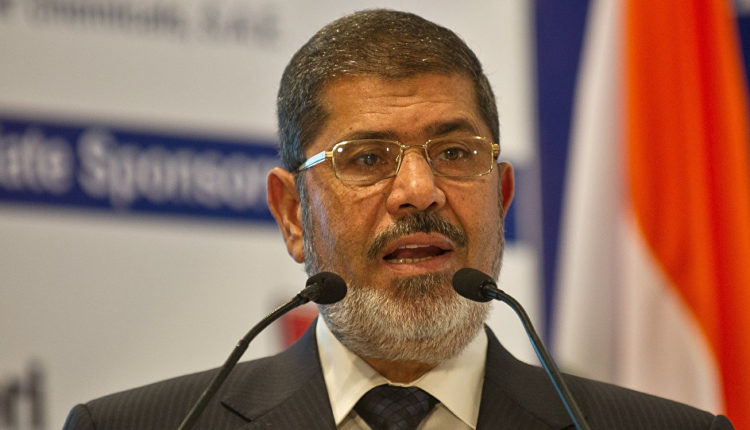 The UAE regime is the first to be accused of murdering the democratically elected president Mohamed Morsi, which Abu Dhabi was main engines to over through him and then arrest him six years ago.

Rulers of the UAE saw in Morsi and the revolutions of the Arab Spring, which led him to the power, the greatest threat to its conspiracies, so they tried to pump their corrupt money to abort these revolutions and to destroy their symbols.

In mid-March 2019, the Cairo Criminal Court reviewed “secret” documents indicating that the UAE financed an opposition group during the Morsi era.

According to the Egyptian Al-Shorouq, the court reviewed a report entitled “For the Public Prosecutor’s Advisor, dated 19 February 2013, which is classified as highly confidential and follows up on its reading, the report deals with the facts of Minutes No. 609 of 2013. The report indicates that, on 30 January, the Qasr al-Nil section prepared a report, in which the editor had verified the existence of organized gangs aimed at creating chaos and assaulting the police forces.

The documents presented “official records and reports” from the “security authorities” reported that “telephone surveillance” and investigations and records revealed that the UAE and its embassy in Cairo were funding “formations to implement systematic projects, designed to cause chaos, and assault on the police forces.

The memo included the name of the person inside the UAE embassy, called “Nawar” and was providing the suspect, Ihab Mustafa Hassan Ammar, known as Ihab Ammar with money and information.

According to the report, groups positioned behind the Semiramis Hotel, some of them armed with firearms, fired indiscriminately into the air, causing chaos in the vicinity of the hotel. They stormed the hotel in two waves between midnight and 3 a.m. on the same day and they stole some of its contents and fleeing under the cover of the shots they fired at the police forces that were chasing them.

Just before his death during his trial, Morsi asked the judge to allow him to speak, he spoke for several minutes and then was subjected to a fainting death.

The official website of the Party of Freedom and Justice said that Mursi said in his last speech that he “is subjected to deliberate death by the coup authorities, and that his health is deteriorating, and that he was faint during the past week more than once without treatment or ambulance.

24 hours before Morsi’s death, Sisi stressed Egypt’s support for the UAE and its security and stability at this delicate stage and supporting its positions in all international and regional forums during his meeting with UAE Foreign Minister Abdullah bin Zayed.

Analysis: UAE attempts to improve its reputation won’t save its unknown future