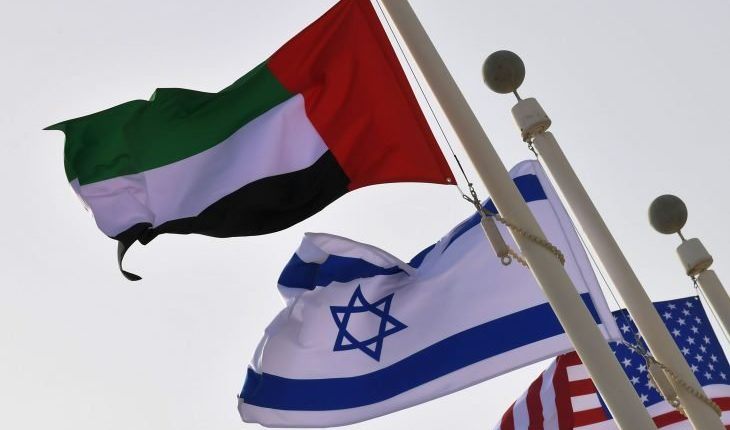 The UAE and Israel plan to raise the ceiling of trade to about $4 billion annually, after strengthening partnerships in many fields, according to the normalization agreement between the two countries.

“Within three to five years, the volume of trade between Israel and the UAE will reach four billion dollars,” Israeli Intelligence Minister Eli Cohen told the Israeli Risht Beit radio.

A spokesman for Cohen, a former economy minister, said the figure he cited for annual trade included trade in defence equipment.

Israir, the Israeli airlines company, confirmed that it had booked seats for commercial flights from Tel Aviv to the UAE, in preparation for possible tourist trips.

This comes as Emirati and Israeli banks have entered into partnership talks, and a delegation of major Israeli banks is to visit the UAE within days to agree on banking projects and activities that may lead to the establishment of joint banks. It is expected to start opening branches of Israeli banks in Abu Dhabi and financing investment projects and deals.

The heads of the two largest banks in Israel will travel to the UAE this month, the first of their kind since the two countries agreed to normalize relations.

A few days ago, the UAE announced the cancellation of the economic boycott of Israel, and officials from the two countries said that they are studying cooperation in the fields of defence, energy, medicine, tourism, technology and financial investment.

As soon as the normalization deal was announced, Israeli and Emirati companies had already signed agreements involving banking, tourism, aviation and technology sectors.

This will be the first announced visit to Israel by an official Emirati delegation.

Meanwhile, Bank Hapoalim, the largest bank in Israel, expected to start working with banks in the UAE, as soon as the agreement to normalize relations between Abu Dhabi and Tel Aviv was signed on September 15 under the auspices of US President Donald Trump.

“I think we will be able to work with the banking system here, after the two governments sign the agreement next week,” said the bank’s chief executive, Dov Kotler, during his visit to the UAE.

Kotler added to “Reuters” that correspondent banking relations will facilitate the direct transfer of funds between the two countries, thus contributing to the development of trade relations.

“We came here to build confidence before talking about activities,” he said. I think we should meet face to face to build trust and that is what we are doing.”

Kotler said he believed Bank Hapoalim would establish relationships with the three largest banks in the UAE but refused to name them. Meanwhile, First Abu Dhabi Bank, the largest UAE bank, said it would start discussions with Hapoalim and Bank Leumi, which is also Israeli.

Bank Leumi is heading a delegation of the UAE on the fourteenth of September. Emirates NBD, Dubai’s largest bank, declined to comment on the visit of the Hapoalim Bank delegation this week.

The accelerated steps towards creating results for normalization came with the issuance of Sheikh Khalifa bin Zayed Al Nahyan, at the end of last August, abolishing the boycott of Israel law, allowing commercial, financial and other agreements to be concluded with Israeli bodies or individuals.

The decree formally repeals the 1972 law that was issued with the formation of the UAE state, which reflected the position supported by the Arab countries at that time that recognition of Israel would only come after the Palestinians had an independent state of their own.

The U.A.E.-Israel Flight Is Nothing to Celebrate