Despite accusations of serious human rights abuses, Nasser Ahmed al-Raisi is reportedly a frontrunner for the international agency's top job 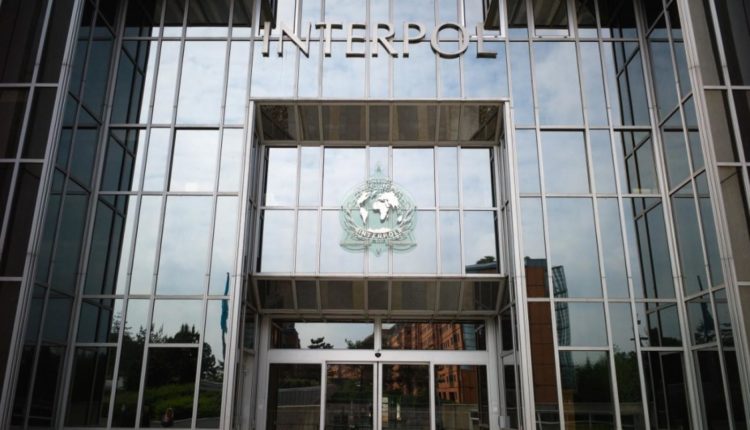 The name Interpol has a reassuring feel. Agatha Christie’s fictitious detective, Hercule Poirot, consulted his friends at Interpol to help him track down villains and keep us all safe. Meanwhile Biggles, hero of British schoolboy fiction, embarked on perilous missions for Interpol in pursuit of international felons.

These days, Interpol doesn’t just chase villains, it aids and abets them. Its former president, Jackie Selebi, was found guilty of taking bribes from a drug trafficker in 2010.

Another former president, Meng Hongwei, vanished in September 2018 before reappearing in his native China, where he was eventually sentenced to 13 years for accepting bribes. Critics say the charges against Hongwei are politically motivated.

Most worrying, however, is the mounting evidence that Interpol’s channels are happy to assist some of the world’s most vicious regimes as they target internal dissidents. This is often carried out using what is called a red notice, which allows member states to request the arrest of alleged criminals who have fled abroad.

There are many harrowing examples of misuse of the red notice system. Last year, I wrote in MEE about the terrible case of three former members of the Egyptian opposition who had been subject to red notices after fleeing Egypt in the wake of President Abdel Fattah el-Sisi’s military coup.

Interpol has 194 member states. I can think of a number of them that would be less appropriate to provide the leadership of Interpol – but not many

Bahraini footballer Hakeem al-Araibi was detained on the basis of a red notice in Thailand last year, despite having been granted refugee status by Australia. The prominent Uighur activist Dolkun Isa only had China’s red notice against him removed in 2018.

Another serious abuse concerns my friend Mohamed Ali Harrath, CEO of the Islam Channel. He is now a London businessman, but for years he campaigned against the brutal Ben Ali government in Tunisia, which responded by slapping an Interpol red notice on him. It falsely accused him of an array of “crimes involving the use of weapons, explosives and terrorism”.

Tellingly, the notice was removed by Interpol within three months of the fall of the Ben Ali regime, which suggests that it was being used not for reasons of law enforcement, but in order to harass a political dissident.

So there is perhaps some reason to be worried by reports that Major General Nasser Ahmed al-Raisi, a UAE police chief, is running to be head of Interpol. The decision is due to be announced at Interpol’s general assembly in December, which is being held in the UAE. Raisi, who already sits on Interpol’s executive committee, is said to be a frontrunner.

Interpol has 194 member states. I can think of a number of them that would be less appropriate to provide the leadership of Interpol – but not many.

Meanwhile, Raisi has already been accused of “presiding over the torture of two British citizens”, according to the Telegraph.

Matthew Hedges, a Durham University postgraduate student, was imprisoned in solitary confinement in the UAE for months after being arrested in May 2018 on suspicion of spying. He says he was psychologically tortured and fed a cocktail of drugs to deal with panic attacks.

In his role as general inspector of the UAE interior ministry, Raisi is responsible for managing the country’s security forces, and he “was ultimately responsible for my torture and detention”, Hedges told the Telegraph.

Meanwhile, Ali Ahmad was imprisoned for several weeks last year for wearing a Qatar shirt to a football match. He alleges that he was stabbed, beaten and deprived of sleep, food and water for days.

“I cannot believe that I need to ask an international police group like Interpol not to elect the person [ultimately] responsible for my torture to become their president,”Ahmad told the Telegraph. Raisi was also contacted by the Telegraph for comment but did not respond.

On Wednesday, I approached Interpol and put it to them that many of their red notices were political rather than criminal in nature.

A spokesperson responded with the following statement: “Red Notices are an extremely valuable and unique policing tool, which play an important role in the arrest of numerous fugitives and terrorists each year. Therefore, protecting the integrity of this system is of paramount importance to INTERPOL and our member countries.

A dedicated task force reviews every single Red Notice request and wanted persons diffusion for compliance with INTERPOL’s Rules and constitution, including Article 3, which forbids the Organization from undertaking ‘any intervention or activities of a political, military, religious or racial character’.”

The sad fact is that Interpol has never been as agreeable an organisation as its public image sometimes suggests. From the late 1930s to 1945, it fell under the control of Adolf Hitler, and for many decades thereafter it reportedly refused to help track down Nazi war criminals on the grounds that it did not get involved in “political” crimes.

Interpol needs to send a strong signal to the world that it’s an organisation with which Agatha Christie’s Hercule Poirot would be comfortable doing business. I am sure Monsieur Poirot would twirl his moustache with bewilderment at the prospect of the appointment of Raisi – and the rest of us should also be alarmed.