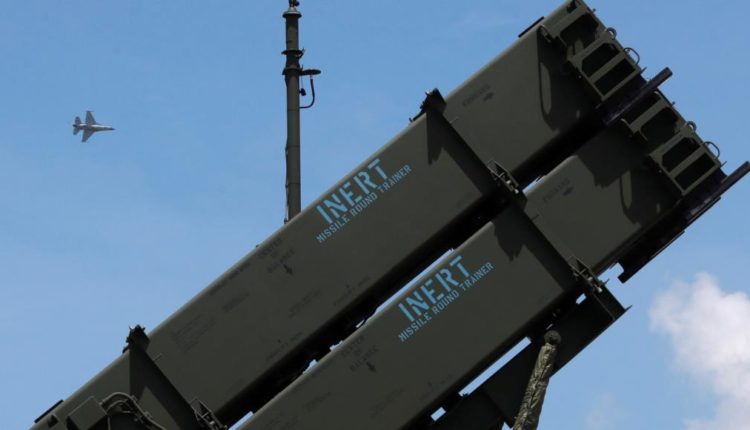 The UAE regime continues to stockpile weapons through a new procurement deal from the US to serve its conspiracies and foreign wars, Yemen, Libya, and other countries.

The US State Department announced the approval of possible arms sales to the UAE in conjunction with the rising tension in the region after the period for US exemptions to import Iranian oil expired.

The deal includes Patriot missile systems for the UAE with more than $ 2 billion, the ministry said.

In a foreign notification, the UAE was given approval for a $ 2.73 billion deal to purchase Patriot missiles and related equipment, including 452 PAIC-3, as well as MSE and the associated equipment.

Amnesty International has already announced the processing of an international petition to stop the sale of arms to the Saudi-UAE alliance in the war on Yemen.

More than a quarter of a million people around the world have signed a petition demanding that their governments stop selling arms to Saudi Arabia and the UAE in the same way as the war on Yemen, the organization said.

The organization said today that it had handed over the petition to the British government, which called for an end to arms sales to the United Arab Emirates and Saudi Arabia.

Amnesty International has also called for an immediate halt to the flow of arms into the UAE-Saudi alliance in the war in Yemen following the report of UN experts who concluded war crimes from both countries.

“The GEE, in its first report, confirms what we have known for the past three years, namely that all parties to the conflict in Yemen have acted with utter disregard for civilian lives.” Amnesty International Middle East Research Director Lynn Maalouf said in a statement on its website.

“The Saudi Arabia-led coalition and allied forces, Huthi and Yemeni government-aligned forces have consistently carried out unlawful attacks, restricted access to humanitarian aid, carried out widespread arbitrary detention, enforced disappearances, child recruitment and other serious violations that have and continue to inflict unimaginable suffering on Yemen’s civilian population.” She said.

The report, prepared by UN experts investigating the abuses in Yemen, was handed over to the Human Rights Commissioner to be presented before the council next month. The report includes the names of those suspected of direct responsibility for “war crimes” in the country.

The UN report, the first of its kind to incriminate large-scale violations of the Saudi-led coalition, also documents Huthi crimes and abuses by Yemeni government forces. Several human rights organizations, including Human Rights Watch, as well as the Associated Press, documented the violations committed in Yemen by the Saudi-UAE coalition, particularly with regard to massacres of civilians and abuses in prisons run by Abu Dhabi forces.

The organization, based in London, called on the international community to stop violations and prevent the flow of arms into Yemen.

“Scrutiny and strong action from the international community is more crucial than ever. The USA, UK, and other states should do everything in their power to prevent further violations and address the catastrophic humanitarian crisis.” Maalouf stressed.

“They should start by immediately stopping the flow of arms to the country and end the Coalition’s arbitrary restrictions on humanitarian assistance and essential imports.”

The war in Yemen has so far claimed the lives of 10,000 people, while the lives of those remaining are under threat. There are 22 million Yemenis in need of aid, and 8 million are at risk of starvation.

The Saudi-UAE military alliance has been waging war in Yemen since 2015 with British, American and French weapons. International organizations have warned that the war in the city of Hodeidah, which is besieged by the coalition, to stop the flow of aid, as 70% of Yemen’s imports pass through the port.

Maalouf called for the renewal of the mandate of United Nations experts, with the convening of the thirty-ninth session of the Human Rights Council, next month.

“The armed conflict is still ongoing… It is imperative that it can investigate new violations and abuses, and identify those responsible, with the same depth and rigor.” she concluded.

The United Nations’ report comes as the organization prepares to hold consultations between the parties on September 6, when the report is expected to overshadow negotiations.