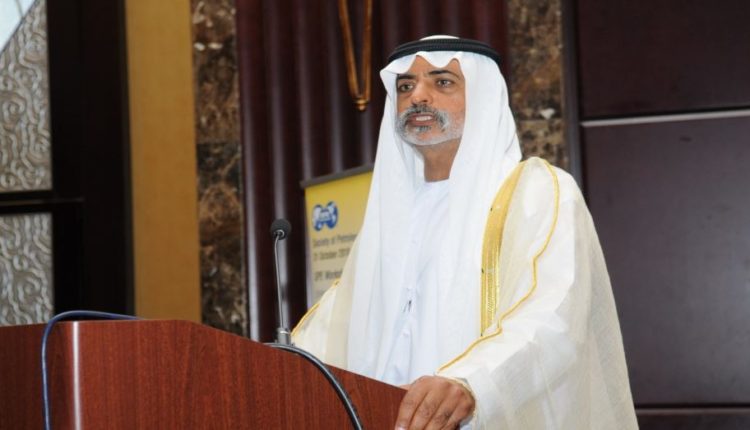 The UAE has promoted its foreign image by appointing a Minister for Tolerance in 2017, but the ministry and its programs have been a false witness to repression in the country. Instead of promoting tolerance, it condemned freedom of opinion.

The UAE Minister of Tolerance, Nahyan bin Mubarak Al Nahyan, acknowledged in his recent interview with the Associated Press that the crackdown on mosques and political repression in the country. However, he considered that as a part of the measures to counter extremism in order to “not make things worse.”
The Al Nahyan interview was part of a marketing campaign by the authorities to welcome Pope Francis in the country in February. “The first ever papal visit to the Arabian Peninsula will contribute to building bridges at a time of increasing nationalism around the world,” he said.

Foreigners make up the vast majority of the population of the United Arab Emirates. Hindus, Christians, and Jews are allowed to visit places of worship. However, authorities suppressed political opposition, put human rights activists in prison and fought freedom of opinion and expression.Al Nahyan said that his ministry “aims to build bridges and break the walls that some people try to hide behind.”

Al Nahyan revealed that the mission of his ministry is not tolerance among Emiratis and narrowing the differences between rulers and authorities, but only “communicating with residents of different faiths and backgrounds in order to make them feel safe and respectful.”

The infamous laws and its loose articles create a lot of sense of insecurity for Emiratis. A simple expression of opinion will put them in secret prisons and be subjected to torture, including the Cyber Crimes Act and the Anti-Terrorism Act. Posting an opinion on social media or criticizing the authorities and the security services may put their owners dozens of years in prison in clear political trials that lack the most basic conditions of justice.

Definition of Tolerance
“Our definition of tolerance is to understand the other, talk to each other, and at the same time preserve our own differences,” Al Nahyan said at his Abu Dhabi council.

“Our differences, whether in our religions, cultures or other habits is a beautiful mosaic,” he said.
By tolerance, the minister doesn’t mean recognizing criticism from the Emiratis and listening to their opinion. He only meant accepting criticism from the other countries, businessmen and immigrants who come for matters that don’t include freedom of opinion or criticism.

The UAE announced 2019 as a year of “tolerance” and encouraged the public and private sectors to commit to it so that UAE becomes a beacon of global lighthouses.

The Associated Press commented that despite the country’s public pressure for tolerance, the government continues to crack down on opposition activists, especially individuals or groups suspected of links to what is known as “political Islam”. UAE considers AL Islah Society, a charitable reform association that has existed since the establishment of the state, as a terrorist organization and considers it a threat to the country’s ruling system.

Prohibition of Human Rights
Prominent members of the Society called for a full-fledged National Assembly, along with dozens of liberal intellectuals, academics, activists, and secularists.

But the authorities have carried out a repression campaign since 2011 until today and arrested most of the signatories to the petition and subjected them to torture and political trials and ongoing violations, in conjunction with the suppression of voices that freely express their opinion and use networks for criticism.
According to the Associated Press, human rights groups are banned in the UAE, Amnesty International and Human Rights Watch are banned from conducting research in the UAE, and political parties are also banned.
The agency added that the UAE was monitoring the mosques tightly, and all activities outside regular prayer times require a license. The Imams receive salaries from the government, and that the government is the only one that appoints them under certain conditions.The authorities are criminalizing any attempt to give a “lecture” in the mosque without a similar license.

Emiratis accused of extremism
Al-Nahyan admitted the existence of these restrictions and violations. However, he justified the State Security Service’s restriction of some associations and groups and control of mosques to ensure protection from extremist ideas and “those who wish to develop their own agenda and hijack and distort our religion.”
“If this is not controlled, believe me, there will be a worse situation,” he told the US agency.

Throughout the recent history of the UAE, the mosques have been only moderate and central beacons and have never been extremist. The closure and siege of those who attend mosques and the prevention of any activity for these mosques is the real danger. Extremism in itself is “abnormal” and alien to the UAE and its people, and this generalization in dealing with all Emiratis as they tend to extremism, harming all citizens, rulers, and elders.
The severe censorship and ill-treatment of UAE citizens and their freedom to meet in mosques and prevent their effectiveness without obtaining a permit subject to extensive requirements and permanent rejection violates the country’s constitution, which affirms the freedom to practice religious worship. The criminalization of criticism, opinion, and expression is a crime that violates the Constitution and the customary practice among Emiratis as citizens and rulers.

At a time when the authorities are building bridges with other residents and non-residents of religions, nationalities and other countries, they are demolishing bridges with Emirati citizens using “tolerance” as a cover and a bright facade to hide oppression and justify crimes against the citizens of the country. Do citizens of UAE need “foreign” sponsorship of their cases to the authorities consider?