Washington’s warmonger to visit the UAE 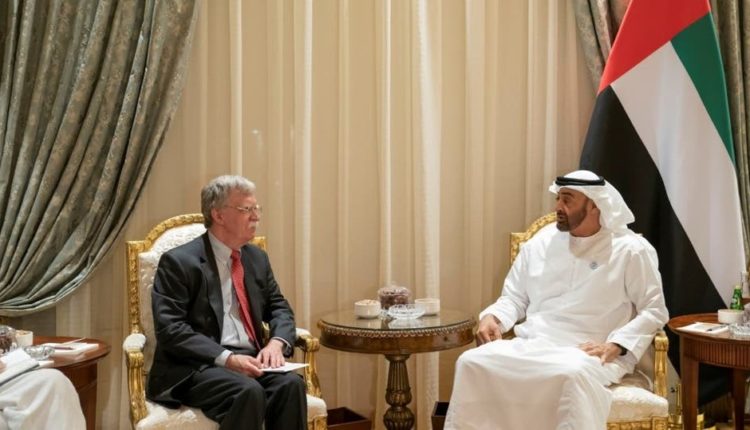 US national security adviser John Bolton, known as “warmonger” in Washington, is holding talks in the United Arab Emirates this week on a visit that comes amidst tension with Tehran and coincides with meetings in Saudi Arabia.

The US embassy in Abu Dhabi has been invited to a meeting with Bolton during a visit to the UAE capital this week, without confirming the date of his visit or disclosing further details.

There has been no comment from the UAE on the visit to the US official so far.

The region has been witnessing military threats since US sanctions on Iran’s oil sector were tightened in early May.

On Thursday, Mecca will host two Arab and Gulf summits to discuss these developments, and a summit of the Organization of Islamic Cooperation on Friday.

Analysts in the United States view Bolton as a war man in the administration of President Donald Trump.

Bolton, known for his neoconservatives, sent a “clear and unequivocal warning to the Iranian regime” on May 5, announcing the dispatch of an aircraft carrier to the Gulf region in response to “Iranian threats.”

Trump announced on Friday that he had ordered an additional 1,500 troops to the Middle East.

Trump expressed his belief that Iran has the desire for dialogue, and if they want dialogue, the US is also willing to, stressing that “no one wants to see terrible things happen.”

The US president stressed that his country isn’t “looking for regime change” in Iran, adding: “I know so many people from Iran. These are great people, Iran has a chance to be a great country with the same leadership.”