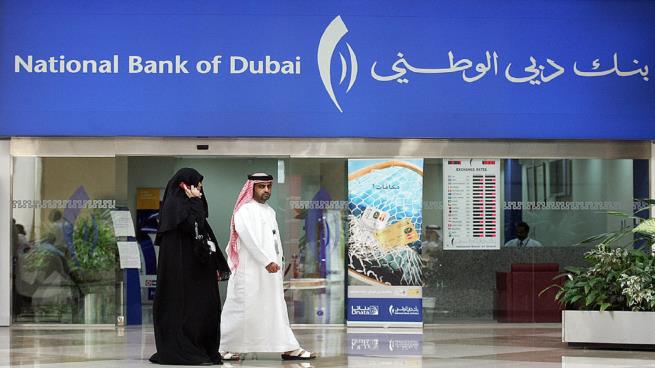 Dubai’s index fell in under the pressure of a series of companies results that were disappointing and suffered record losses.

The Dubai index closed down 1.1% under pressure of Emaar Properties falling 2.3%. Arabtec Holding fell 7%, its biggest loss since mid-November, with the company’s first-half profit falling to AED 31.8 million ($ 8.66 million) from AED 63.6 million a year earlier.

Damac Properties fell 2.9%, after the company saw a 94% drop in net profit for the first quarter.

The falling in Dubai’s real estate market has hurt Damac, which has posted its lowest net profit since its IPO in 2015.

DXB Entertainment Parks fell 5.1% after the first-quarter loss. DXB goal to reach a break-even point by 2020 is a challenge due to the weak revenue growth in the first quarter and the number of visitors, Arqam Capital said in a research note.

Abu Dhabi’s overall index fell 0.5%, with Abu Dhabi First Bank falling 0.6%. MSCI refused to increase the involvement of foreigners at ADB, although the bank raised its foreign ownership ceiling to 40% from 25%.

Aldar Properties fell 2.3% after the developer reported a drop in first-quarter profit.

In the meantime, a French magazine revealed that the UAE has returned to the black list of countries that incubate the practices of international evasion of taxes after being able to withdraw from them in 2017 after a painstaking effort.

The controversy is currently raging within the French political and financial corridors about the UAE’s involvement in this embrace and its transformation into a tax haven for smugglers,” said John Afrik inciting Wadad Nasrawi.

He explained that the return of the UAE to the black list came after the publication of the so-called “Dubai papers”, leaked by the French magazine, Leuven Opservator, in a report published on September 5, 2018, showed “serious practices in the areas of money laundering and tax evasion.”

He added that Nasrawi This prompted the “Lonevel Observateur” to organize a debate within the French National Assembly on the involvement of the UAE in the practices of tax evasion, pointing out that the small Gulf state has become a great gateway for businessmen and giant companies who can buy the property they want and deposit their property and money without supervision.

The French interest in this aspect is due to the fact that the UAE is a major trading and economic partner of France, where exchange rates are high.

The Guardian published a report on June 24, 2018, in which it noted that the emirate of Dubai was being used to conceal money and evade taxes.

The British newspaper reported that British investigators were investigating Dubai leaked real estate information showing that Britons had used the emirate to conceal 16.5 billion pounds of tax revenues between 2005 and 2016.

Investigators are tracking the disappeared millions, which the evaders owe to the UK and other European countries, by tracking the list of property buyers in Dubai, all accused of involvement in so-called “roaming fraud”, according to the Guardian.

The Guardian described Dubai as “now considered to have replaced Spain’s Costa Del Crime as the place to launder money.”