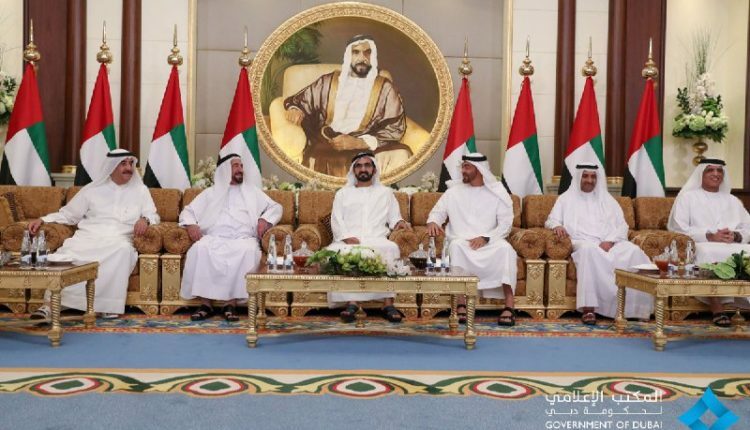 A US intelligence website highlighted the dangers facing internal stability in the UAE due to Abu Dhabi’s discriminatory behaviour during crises.

The study, published by the Stravor Center for Security and Intelligence Studies, was titled In the UAE’s COVID-19 Response, Abu Dhabi Puts Itself First.

The study stated: The different local strategies in the Emirates in the context of confronting Covid-19 could undermine the federal government’s project to build the state and may also lead to the recruitment of the population that has so far been largely absent from politics.

The Covid-19 pandemic represented the first real national emergency in the Emirates since 1971. It indicates that the seven emirates in the country did not deal with the crisis on an equal footing.

Initially, the UAE followed a strict lockdown approach when the first wave of the virus hit the Gulf region in the spring of 2020. But by the fall, Dubai and the northern emirates had reopened their borders to tourists and their economies had essentially returned to normal.

This difference in Covid-19 strategies threatened the UAE’s idea of ​​the state, as citizens cannot freely enter the capital, with border restrictions between Abu Dhabi and the rest of the country continuing for the first time in decades.

For decades, the UAE has been adopting a national identity project that aims to unite its seven emirates, ruling families, families and different tribes, into one nation-state.

This national identity project was initially designed to prevent the secession of the Emirates into independent states during the early years of the country’s founding, especially after Qatar refused to join the union in 1972.

Since then, the project has been reformulated to emphasize national features and produce economically competitive citizens, anti-Islamist, anti-jihadist, anti-Iranian, and politically compatible with the state.

The study says that Abu Dhabi is likely to prioritize its citizens and residents in future national emergencies, whether epidemics, natural disasters, wars or economic crises, which undermine national unity.

Abu Dhabi’s wealth, backed by large oil reserves and a sovereign wealth fund worth about $900 billion, allows it to distance itself from the trade and tourism interactions that other emirates depend on to maintain the continuity of their economies in times of crisis.

According to the study, with climate change, the UAE is vulnerable to more severe and stressful natural disasters, including hurricanes and earthquakes.

Projections indicate that up to 35% of the country’s population will be affected by sea-level rise by 2100.

As evidenced by the 2008 financial crisis and the financial repercussions of the Covid-19 pandemic, the UAE economy is also highly dependent on the global economy’s performance.

The study notes that at the same time, the continuing threat of war with Iran, whether from the United States or Israel, may cause damage across the country as well.

During the 2008 financial crisis, Abu Dhabi used its spending on the emirate to maintain its economy while allowing some small businesses in Dubai to collapse.

The northern emirates received less aid until the Arab Spring in 2011 when concerns about political turmoil prompted new spending pledges by Abu Dhabi.

Although the threat of war between Iran and its neighbours has receded, it has not entirely disappeared.

The study stresses that prioritizing Abu Dhabi first during disasters will raise expectations among those living in the emirate to be protected early during future emergencies.

Residents of other emirates may become increasingly critical of Abu Dhabi’s discriminatory behaviour during crises.

In other emirates, criticism of Abu Dhabi’s policies, especially among long-term residents and new citizens, may make its political climate more volatile, forcing Abu Dhabi to change its political strategy to ensure its dominance over the country’s federal system.

Saied blocks the doors of dialogue in Tunisia with Emirati support