A black human rights record for the UAE, offset by an attack against international law 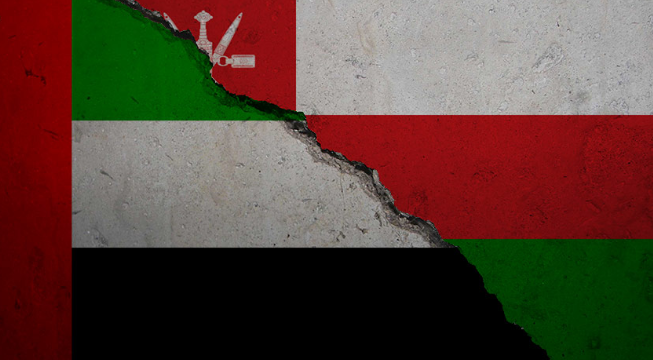 The UAE ruling regime has a black and horrific human rights record, but at the same time, it attempts to attack international law in order to cover up their grave abuses.

The UAE continues to impose arbitrary restrictions on the right to freedom of expression and association, using criminal defamation laws and anti-terrorism laws to detain, prosecute, convict and imprison some critics of the government, as well as a prominent human rights defender.

Hundreds of UAE nationals remain in prison following arbitrary verdicts and unfair trials, including dozens of prisoners of conscience.

The authorities in the UAE put detainees in bad conditions and have been slow to investigate allegations of torture raised in previous years.

In the meantime, the UAE regime is covering its violations. It was only two weeks between a conference held by the Ministry of Defense in Abu Dhabi and another conference organized by Abu Dhabi on international humanitarian law after the famous UN report in August that included Abu Dhabi’s top military and political leaders on lists of those accused of committing Human rights violations and war crimes in Yemen.

Since then, Abu Dhabi has organized a number of seminars and launched a number of statements in an attempt to escape from responsibility for crimes committed in the war. Abu Dhabi’s latest tactic to escape these charges was to accuse the international humanitarian law of failing.

“The UAE seeks to play a leading role in promoting dialogue and international cooperation to modernize and develop the legal texts regulating wars in all its forms,” said Mohammed Ahmed Al Bowardi, Minister of State for Defense Affairs. This means seeking to change the rules of international law and international treaties regularizing war, protect civilians and criminalize a large number of wars as crimes.

Al-Bawardi called on the international community to work more than ever to “develop the legal system of wars and conflicts, especially with regard to international humanitarian law”.

In the second conference of international humanitarian law, which concluded on Tuesday, the participants discussed the future of international humanitarian law in the light of the developments in the nature of the conflict in the world and mechanisms to combat terrorism and how to confront the damage caused by the use of technologies of Modern warfare.

Observers say there are desperate attempts by Abu Dhabi to demonstrate its commitment to international humanitarian law in wars and to justify its military practices, many of which are classified as war crimes which explain its keen interest in this aspect Conferences and seminars almost weekly.

Observers say that as international human rights groups move to prosecute Abu Dhabi figures accused of such abuses in European courts, they seek to intensify their attention to international humanitarian law in an effort to avoid criminal responsibility, activists said.

The Libyan government condemns the UAE support for Haftar’s militias