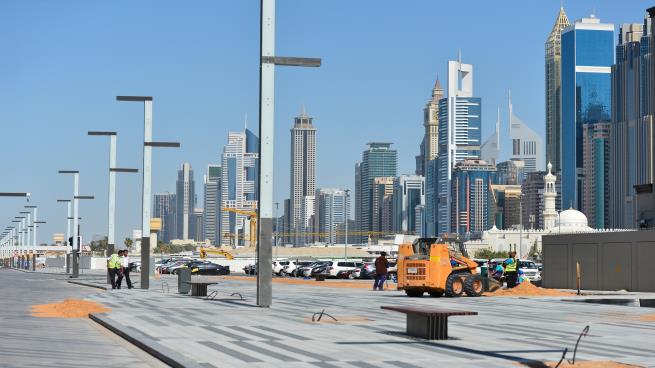 The consumer price index in the UAE shrank for the second month in a row, an indicator of the continued recession, which entered many economic sectors in the Gulf state amid the escalation of the economic crisis.

According to data released by the Federal Competitiveness and Statistics Authority, on its website, the consumer price index (inflation) remained at the negative range of 2.5% in February last year.

The inflation rate had entered the negative range for the first time since 2017 in January 2019, recording -2.4% for the same month last year.

Data showed that the index of transport services led to inflation contraction in February, after shrinking by 7.04%, followed by the index of housing, water, electricity, and gas by 5.95%, food, and beverages 1.92%, and health services 0.15%.

Deflation, according to the classification of international financial institutions, including the International Monetary Fund (IMF), indicates a decline in economic activity and a decline in credit due to a drop in money supply, which has a significant impact on production, pushing recession and increasing unemployment and financial stalemate.

The financial and consumer sectors, and real estate, in particular, are facing difficulties with the decline in spending and the decline of the economy affected by the decline in oil prices since the end of 2014.

Housing prices in Dubai fell about 25 percent from their peak in 2014, according to what Bloomberg reported on Wednesday from Craig Bloomb, head of research in the Middle East at Jones Lang LaSalle Consulting.

Major companies, led by Emaar and Damac, face risks from stagnation and inability to market projects, especially luxury ones, which they have implemented over the past period.

Damac shares have fallen 56 percent in the past 12 months. Damac lost more than half of its profits last year, with profits falling 58 percent to about 1.1 billion dirhams ($ 300 million), compared to 2.7 billion dirhams in 2017, according to data released by the company in February.

The losses of major real estate companies have added to the economic stalemate, especially after a Bloomberg report in January revealed that UAE banks are cracking down on rising defaults, rising interest rates, falling real estate prices and the vulnerability of small and medium-sized enterprises Of the State.

In December, the central bank obliged banks to check the creditworthiness of their customers in the Union Credit Information Company’s database before the issuance of checkbooks. In October, the central bank revised the conditions for the transfer of individual loans from one bank to another, Under tightening banking restrictions.

In March, the Department of Finance of the Government of Dubai launched a new package to stimulate economic growth, including facilitating business practices, according to a statement by the UAE news agency WAM.

A black human rights record for the UAE, offset by an attack against international law