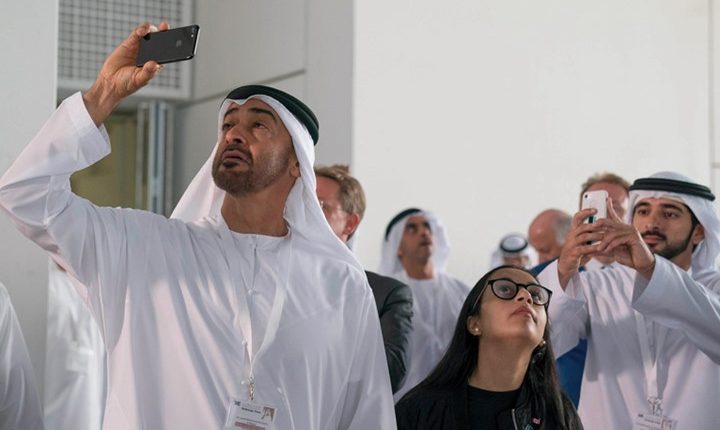 In the latest public freedoms crackdowns in the country, the United Arab Emirates has banned Skype.

“We are working towards getting Skype re-enabled.” The company added.

“It’s so frustrating that Skype is banned in the UAE. How are we meant to conduct interviews and meetings? Such a contradiction in 2021 & 2071 Visions goals.” said Sultan Al Qasimi, a columnist at the Middle East Studies Council.

The UAE imprison or fine anyone found to be using VPN, as the country has a notorious Internet law that detains dozens of bloggers.

Calls using FaceTime have been illegal in the UAE for years.

In an interview with Al-Hawar television, criticizing the imposition of heavy fines on activists, Bin Saqr said that after the Arab Spring and after revealing more facts, the authorities resorted to imposing fines to silence activists and critics.

Mansour’s open hunger strike entered its third week to protest his continued solitary confinement since his arrest nearly two years ago, and his 10-year prison sentence and a fine of one million dirhams, Amnesty International and the International Center for Justice and Human Rights said.

Amnesty International expressed concern over the life and health of human rights activist Ahmed Mansour as a result of the strike. Mohammed bin Saqr stressed the absence of any information about Mansour’s fate due to the difficulty of obtaining information from the UAE prisons.

Christian Wilke, a former British teacher, was imprisoned in the UAE because of a Facebook post saying that camels in the UAE are treated better than humans.

Because of that, he spent nine months in prison for an “electronic insult,” the Sun reported, during which he had pneumonia. He also suffered from sleep deprivation and was deprived of a lawyer for 52 days.

Wilke previously served as Head of Computing and ICT at Downe House School in Cold Ash, Berkshire, which was attended by Kate Middleton. The British-German citizen was an information technology teacher at Brighton College in Al Ain at the time of his arrest.

Wilke told The Sun that he had posted a picture on Facebook for a sign on the road that has a camel on it, with a comment, “Look how they care about their animals. Even in the desert, you will find a sign of stopping for camels.”

A British academic commented on his article that the fine for killing camels is the most expensive fines.

“All I did was the answer. This is my point of view – I do not back down when talking with my colleagues.”

Wilke was released from prison after receiving a petition from his mother on the Internet that obtained 277,000 signatures calling on the UAE prime minister and Dubai ruler Sheikh Mohammed bin Rashid Al Maktoum to release her son.

One of his pupils told him earlier that he was “very frank about the authorities.”

The United Arab Emirates has been repeatedly criticized for human rights violations.

“Most tourists are oblivious to the UAE’s continued detention of foreigners who have been arrested for behavior that is considered criminal under the country’s harsh laws,” Sanaa Okba said in her article on Detained in Dubai website.

A British woman was arrested in March for insulting her ex-husband’s wife. She faces now up to two years in prison in Dubai and a fine of $ 65,000.

A British soccer fan attended the Asian Cup in Abu Dhabi was arrested in January for allegedly wearing the Qatar national team shirt.