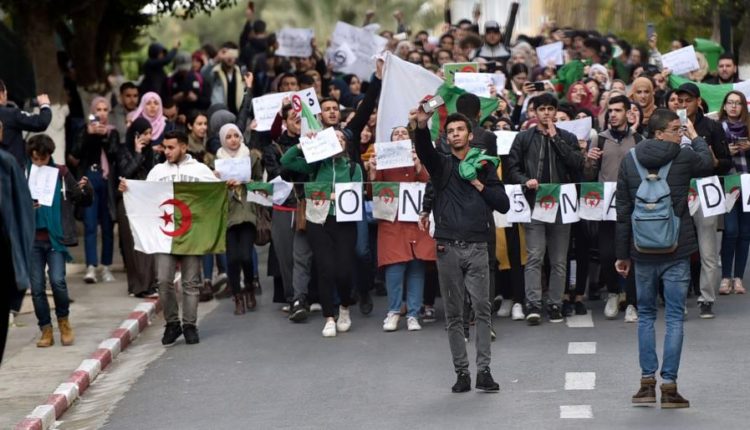 The United Arab Emirates, as usual, were present at the Arab protests, this time in Algeria, with slogans against it and its subversive role against the protests against President Abdelaziz Bouteflika’s candidacy for a fifth term.

Algerian protesters have criticized the UAE’s interference in the affairs of Algeria, which are living through widespread protests against Bouteflika’s candidacy.

The demonstrators held banners saying “Down with the UAE,” in reference to the refusal of the intervention by Abu Dhabi or any other country in the affairs of their country, in light of the escalation of the demonstrations.

The demonstrations coincided with the discovery of retired army general Hussein Ben Hadid, that the army chief of staff, Gaid Salah receives orders from the UAE, and works to exacerbate the situation in the street by frightening the demonstrators.

The UAE has played a prominent role in the so-called “counter-revolution” in the Arab countries that have witnessed protests demanding the overthrow of regimes that have been in control for 30 years and more, which is feared by Abu Dhabi, fearing the rise of currents threaten the regimes there.