Constitutional and political chaos in the UAE 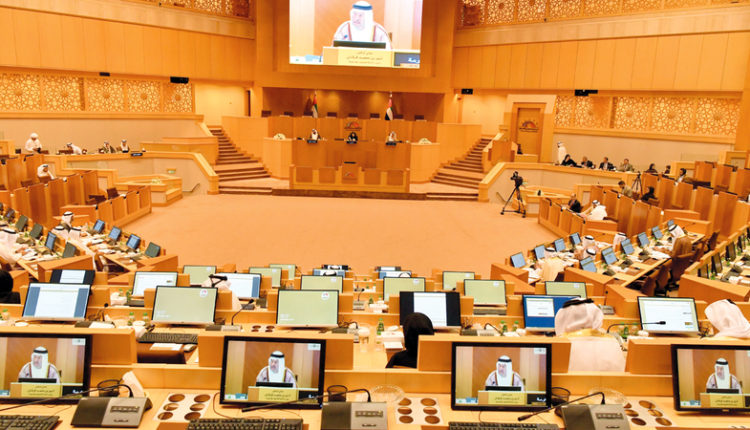 Constitutional and political chaos is clearly highlighted through the state security apparatus control of the political scene in the country, amid deliberate and blatant absence of the Federal National Council, which represents the parliament.

The Federal National Council sent an official letter to the Council of Ministers requesting the Government’s approval to discuss a general theme on the Ministry of Economy’s policy on supporting the tourism sector.

“The importance of tourism is increasing in light of the many challenges posed by economic and geopolitical conditions to security and stability in the region. The country has managed to maintain its leadership of the most attractive tourist destinations in the world markets. This refers to its unique security, in tourism, which came in the 29th place among the world’s most tourist revenues, and ranked 21 in terms of the most countries spending on tourism in the world,” the letter included.

The National Council continues to “beg” the government to agree to discuss the policies of the state because the constitution does not grant it this power contrary to the requirements of parliaments in the world, which are a key part of the system of government has the right to legislation and control and accountability does not expect the approval of an executive authority to carry out its work.

Despite the constitutional and political chaos that has afflicted the political system in the country, observers have deplored the National Assembly’s attention to what international reports say about the country’s tourism arrangement.

However, the Council does not pay attention to international human rights reports indicating that the security apparatus has committed widespread human rights abuses. The Council does not care about reports that confirm the decline of the State’s order in the field of political and social freedoms, freedom of expression and freedom of information. And it doesn’t mind the reports that classify the UAE as “Not free” or those international statements about the collapse of the reputation of the UAE for supplying armed militias in Libya with weapons to prolong the civil war, according to the United Nations and experts of the Security Council.

Observers say that the Council, which has already confirmed that it will follow up on the international reports on the UAE and respond to them, is currently harming the people of the UAE. It should initiate pressure on the executive authority to improve the rights and freedoms in the country

On the seventh anniversary of his election, UAE undermines the authority of the Yemeni President