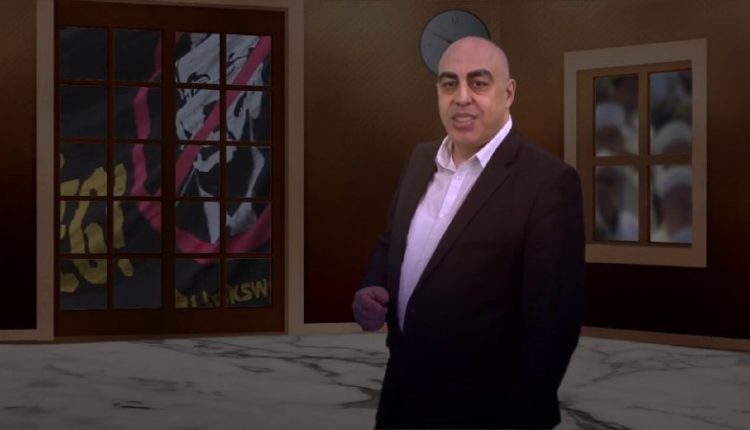 The Emirates Leaks exposed mercenaries used by the United Arab Emirates to distort Arab and Islamic communities in Austria and other countries in Europe and to abuse their image.

Nasser al-Hayek, a Palestinian who had lived in Libya until 1988, leads the group of mercenaries before he left for Canada, where he lived depending on refugee aid, ate narcotic pills, and then emigrated to Austria.

He is assisted by Ahmed Mourad, a Palestinian refugee who graduated from the Jordan Aviation Institute.

Murad worked as an expert in the US Embassy in Turkey to train the Free Army personnel in Syria, then stopped a year later. He and his sister and mother traveled to Austria with a ticket worth 10,000 euros.

Hayek claimed that he was working as a reporter for a Palestinian website called Donia Al-Watan before being expelled by the site for excesses and abuses.

Hayek and Murad were active in promoting the demands of the unity of the Arab and Muslim community in Europe and calling for their interests to be before the UAE recruited them to work in its favor, which is contrary to what he used to call for.

Later, they got involved in problems with members of the Arab and Islamic community in Austria and other European countries provoking crises with ancient institutions representing Arabs and Muslims in a number of European countries.

The UAE paid money to Al Hayek and wanted him a plan to block Arab and Islamic institutions in Europe and to limit its role and incite Arab and Muslim communities in Europe.

Al-Hayek runs the page Houna Al Namsa (Here is Austria), which is specialized in distorting the Arab work and the Islamic communities in the country and focuses on the publication of dirty pictures and videos.

Al-Hayek manages the page in the Yellow pages system and produces paid videos by the UAE.

Al-Hayek also runs an internet site dedicated to his dubious mission, InfoGrat, which periodically publishes press reports that offend the Arab and Muslim community in Austria and in general Europe.

Among these reports are: The Muslim Brotherhood in Austria, How do the extremists exploit political freedoms? The weakness and fragmentation of the Arabs and Muslims of Austria, as well as other reports of suspicious objectives and content,

With a UAE funding, the website incites on Islamic organizations operating in Austria and links them to the Muslim Brotherhood to defame its image to serve Abu Dhabi policies in the fight against moderate political Islam.

The site also incites well-known Muslim families living in Austria and other countries, accusing them of being “a model for Muslim Brotherhood families in the West.”

The site does not miss public incitement against well-known Islamic personalities and advocates such as Sheikh Yusuf al-Qaradawi and Adnan Ibrahim. The site also involves Arab personalities known for their Islamic activism and defending Arab causes in Europe, such as activist Hossam Shaker.

The UAE has often been implicated in inciting Europe to tighten its supervision of mosques. “We should not simply build mosques and allow anyone to go there and give speeches,” said UAE Minister of Tolerance Nahayan Mubarak Al Nahyan. There must be a license to do so.”

“We believe that something has to happen in Europe. The European countries were well-intentioned when they allowed these people to run their own mosques and centers, but in turn, religious leaders must be trained to be well versed in Islam and not authorized to give sermons in mosques, No one in Europe can go to a church and simply preach it.”

The UAE has also pursued Islamic activities, narrowed its ranks and spent billions to marginalize the role of political Islam. 83 Islamic institutions have been classified as terrorist organizations, including the World Federation of Muslim Scholars, as well as the Muslim Brotherhood.

US Senate approves resolution to prevent arms sales to UAE