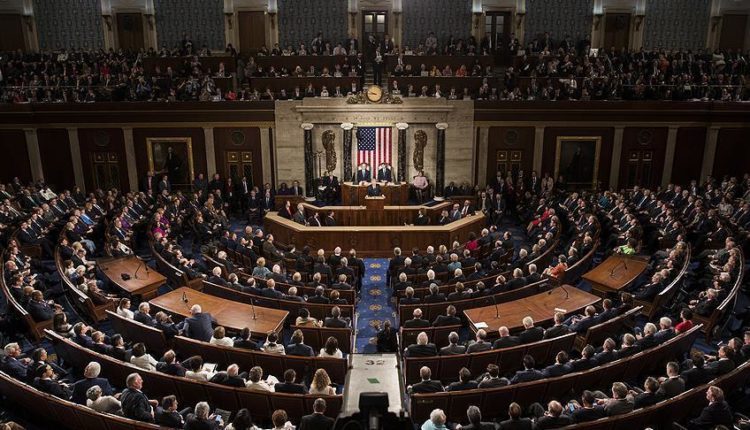 Mail records reveal UAE’s incitement against Turkey in US Congress

Rrecords revealed a pressure company in the United States, on behalf of the United Arab Emirates, was trying to put pressure on some senators in the US Congress to impose sanctions on Turkey.

According to email records published by the Turkish Anatolia Agency, Akin Gump, a political pressure company based in Washington, DC, sent an email to some of the deputies in Congress, after the House of Representatives adopted a resolution on imposing sanctions on Turkey for its military operations in Syria .

The company sent the e-mail on November 7, on behalf of the Embassy of the United Arab Emirates in Washington.

The mail includes a condemnation of the Turkish “spring of peace” operation in northern Syria, and that “the UAE supports measures to impose sanctions on Turkey, similar to a draft resolution adopted by the US House of Representatives.”

The e-mail indicates Qatar’s support for the Turkish peace process in Syria, along with some electronic links to support its content in this framework.

“We hope this information will help you, at a time when the United States continues to monitor developments in Syria, and the Senate is considering imposing sanctions on Turkey,” the mail said.

The e-mail records did not reveal the names of the senators to whom the e-mail was sent, and the UAE embassy in Washington declined to comment on the matter.

It is noteworthy that the US Senate Foreign Relations Committee last week adopted a draft resolution on imposing sanctions on Turkey, due to its purchase of the Russian S-400 missile system and its military operations in Syria.

On October 29, the US House of Representatives adopted a resolution describing the Armenian allegations regarding the “events of 1915” as “genocide.”

On the sixth of this month, messages published by the New York Times exposed direct involvement of the Crown Prince of Abu Dhabi, the de facto ruler of the UAE, Mohammed bin Zayed, in paying large sums of money in order to try to buy influence in the United States.

In the charges that were uncovered this week by George Nader, an American businessman of Lebanese descent, the US Department of Justice laid down new elements of the UAE’s effort to gain influence in Washington.

Investigations revealed that the final sponsor of these attempts is Mohamed bin Zayed, where George Nader wrote in a text message in late June 2016, “We will send you a note about this according to His Highness’s instructions.” Referring to Bin Zayed, explaining that he paid a “baklava” million dollars according to Instructions for the indictment revealed by the Ministry of Justice this week.

As Nader wrote in another letter a few months later to Ahmed Al-Khawaja, a California businessman accused of working as a channel for Nader’s unlawful contributions “I will leave early in the morning to join His Highness, I have already told him about the wonderful event with our sister and he was happy and wanted to know everything about him personally ”

The indictment against Nader included distributing more than $3.5 million in illegal donations to the campaign through Al-Khawaja to buy access and influence in Washington.

The campaign targeted Hillary Clinton and her Democratic allies during the 2016 campaign, then with Donald Trump after he won the election – to win “support” and “potential financial support” from a foreign government that did not name her.