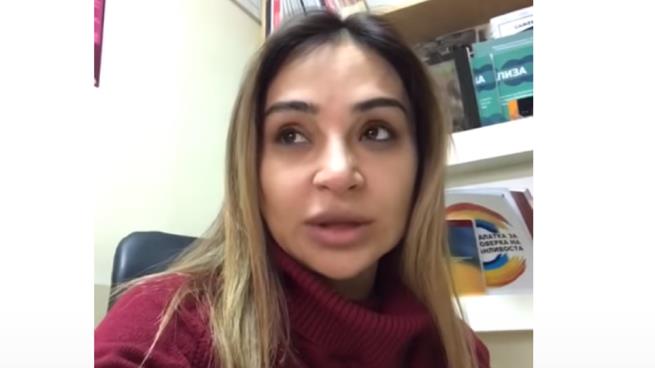 The 42-year-old Hind Albolooki has made a big fuss over social networking sites, like the Saudi case of Rahaf al-Qanoon, shedding light on the reality of the women in UAE and violations of their rights.

Al-Qanoun sparked international controversy after she fled from her family during her visit to Kuwait and then fled to Thailand. She was planning to enter Australia through a tourist visa and then apply for asylum there.

But the Thai immigration authorities suspended it after arriving at an airport in Bangkok. UNHCR granted her the refugee status while Canada agreed to grant her asylum.

Like the case of Saudi Arabia’s Rahaf al-Qunun, the Albolooki was forced to leave her country and her four children and apply for refuge in Macedonia because of domestic violence, but the Macedonian Interior Ministry rejected her request and said her desire to “live a normal life” was not a sufficient reason to grant her protection.

Human Rights Watch researcher Heba Ziadin commented on the incident on her Twitter account: “While it has often been Saudi women who make headlines in their attempts to flee abuse, discriminatory laws, and practices similar to those that lead them to undertake such dangerous escape attempts also exist in the #UAE.”

“I recently learned about the Albolooki case,” said Afra al-Basti, director of the Dubai Foundation for Women and Children. “I am writing here to publicly declare my support for this issue. Freedom is a right for all, especially women. Dubai and its leadership have set clear policies and laws to protect women in these cases.”

It should be noted that the Macedonian authorities refused to grant asylum to an Emirati woman who said her family had threatened her for wanting to divorce her husband. She is currently detained by the authorities at an immigration shelter. Albolooki applied for asylum in Macedonia last October but the Ministry of the Interior rejected her request and said that her desire to “Live a normal life” is not a sufficient reason to grant protection.

The courts agreed to the authorities’ decision last week in a final decision. Earlier this month, Albolooki published a video recording on YouTube about her problem.

“I came to Macedonia, running away from Dubai, as I feel threatened from my father, his big brother, my big brother that they will make my life hell… only because I asked for a divorce,” she said in the tape. “I am a mother of four children. No mother would leave their children like this but I had to leave [them].”

For fear of being returned to her family in Dubai, lawyers have intervened and obtained an order from the European Court of Human Rights in Strasbourg to prevent her deportation, while the court is considering her case. “For now, she is safe from deportation,” said Zoran Drangov of the Association of Young Lawyers of Macedonia, who raised the case.

Emirates Leaks have learned that the ruling regime in the UAE is pressing strongly on Macedonia and its European allies to deport Hind Albolooki and return her to the country.

Reliable sources said that Abu Dhabi sees Albolooki case as a true manifestation of the suffering of women in the UAE and the abuse of their rights and internationally refutes the promotion of the regime in the UAE slogans of tolerance and happiness in the state.

The ruling regime in the UAE is, therefore, exerting strong pressure to force the Albolooki to forcibly repatriate and to return to her country and to block the possibility of future UAE nationals fleeing.

“This is a case of gender-based violence, which, unfortunately, was not recognized by our institutions,” said the director of Macedonia’s chapter of the Helsinki Committee for Human Rights, Uranija Pirovska, talking about what she described as an unusual quick refusal to Albolooki’s asylum request.

“She told me that she only wanted to live in a society where she could live and work freely, something she could not do in her home country,” Pirovska said.