The UAE promote its “international pariah” candidate for the Interpol presidency 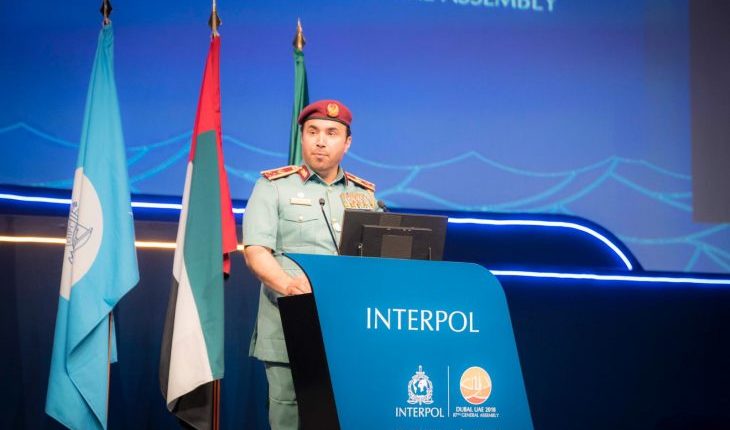 Emirates Leaks learned from reliable sources that it is promoting Al-Raisi to prepare his trips to the member countries of Interpol in support of his spread.

Recently, the Center for Human Rights filed a lawsuit against Al-Raisi for torturing prisoners of conscience, especially human rights activist Ahmed Mansour, in the prisons of the UAE regime.

The lawsuit was submitted by French human rights lawyer William Bourdon, an official of the Gulf Center for Human Rights, to the Public Prosecutor’s Office in Paris.

The lawsuit against Al-Raisi was due to the illegal arrest of Ahmed Mansour, a member of the Board of Directors of the Gulf Center for Human Rights.

It is based on the concept of universal jurisdiction and seeks to make its bid while he is in France in pursuit of the presidency of INTERPOL this year.

On May 5, 2021, the Center for Human Rights and Human Rights released another hand that has been in the field of human rights.

In October 2020, he joined the position of President of the Human Rights Council.

Al Raisi has served as a high-ranking inspector general in the UAE Ministry of Interior since April 2015, which made him responsible, among other issues, for the investigation of the security and security forces issue.

The Emirati security apparatus has a long track record of assaulting neighbouring countries.

Some 35 parliaments of Germany and France had announced a position against Al-Raisi’s assumption of the republic.

The members of Parliament and the Senate from the majority and the opposition sent a letter to President Emman Macron. They demanded that Paris oppose Raissi’s candidacy for the post.

A lawsuit filed against the Pegasus spy program