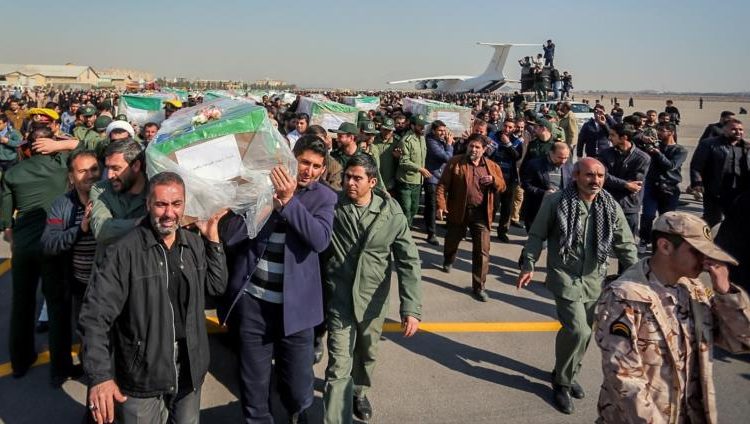 Iran’s Revolutionary Guards accused Pakistan, Saudi Arabia and the United Arab Emirates of “supporting the perpetrators of the Zahedan attack on American and Israeli orders” and vowed with “reparative measures” against them.

“Saudi Arabia and the UAE carry out these acts on orders from the US and the Zionist regime,” said Maj. Gen. Mohammad Ali Jafari, adding that Tehran’s dealings with the two countries “will be different and we will definitely take reparative measures.”

He explained that those who carried out the Zahedan attack entitle the protection and support of the Pakistani security forces, and pointed out that Pakistan must change its dealings with terrorists, otherwise Iran will take different actions.

In remarks broadcast on Iranian state television, Jafari accused the Pakistani government security forces of supporting the armed group that carried out a suicide attack that killed 27 members of the Revolutionary Guard in Sistan-Baluchistan province.

“The Pakistani government, which has sheltered these anti-revolutionary and dangerous elements for Islam and knows where their hideouts are,” Maj. Gen. Jafari said. In reference to the “Army of Justice” group that adopted the attack.

Jafari made the remarks on the sidelines of a ceremony for the funeral of victims of the attack who were buried afternoon prayers in the province of Isfahan in the city of the same name in central Iran.

He also noted in his remarks to “the support that the region’s reactionary states Saudi Arabia and the Emiratis” maintain for “conspiracies” that he said were ordered by Israel and America. “We will certainly follow retaliatory measures,” he added.
In September, state television in Iran said the foreign ministry had summoned the UAE charge d’affaires for comments on a military parade attack that killed 25 people, including members of the Revolutionary Guards.

The official Press TV said the decision was made because of comments made by an unnamed UAE official. Iranian officials have accused Gulf Arab states backed by the United States of supporting the attackers on Saturday, Reuters reported.

In turn, Iranian President Hassan Rowhani said that the group behind the military offensive in Ahwaz, southwest of the country, “received financial and military support from the Gulf states,” without naming it.

“The United States is providing resources to the countries that committed these crimes,” Rowhani said.

“Two Gulf states are involved in training, organizing and supporting the perpetrators,” the spokesman for the Iranian armed forces, Abu al-Fadl Shakarji, told Iranian television on Saturday. He also blamed the Israeli intelligence service Mossad and the United States.

Rohani accused the United States of trying to create insecurity in Iran, stressing that it would not work.

“America believes that whoever has the power can act with impunity all over the world,” he said.

“Iran will try to overcome the sanctions and make America regret its aggressive stance.”

Analysis: UAE stabs the Palestinians in the back