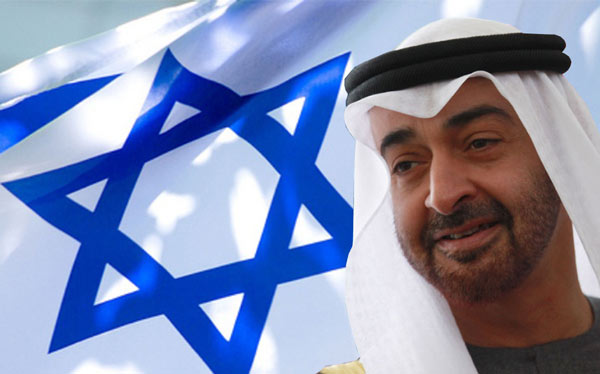 A Jewish writer and a U.S. citizenship holder sent a special message to the Crown Prince of Abu Dhabi, the de facto ruler of the United Arab Emirates, calling him to visit the occupied Jerusalem and the normalize the relations with Israel openly.

Joel Rosenberg, One of the most evangelical Jewish Orientalists defending Israel, published his letter to bin Zayed on The Jerusalem Post, the Hebrew newspaper.

At the beginning of his letter, Rosenberg highly praised bin Zayed and his brothers, rulers of the UAE, for announcing the year 2019, the Year of Tolerance and hosting the Pope Francis recently.

He said that the UAE, under the leadership of the bin Zayed family, “have taken even more dramatic and courageous steps. You have sought to demonstrate in both symbolic and practical ways that Muslims, Christians, and Jews can live together in peace and mutual respect for one another.”

Rosenberg pointed out that Mohammed bin Zayed hosted a two-day conference this week on how to promote peaceful coexistence that included Muslim, Christian and Jewish leaders.

Rosenberg said he visited the UAE several months ago heading a delegation of evangelical Christian leaders at the invitation of Mohammed bin Zayed, who met with the delegation and informed them of the existence of a small but thriving Jewish community in the UAE.

Rosenberg called Mohammed bin Zayed to visit the occupied city of Jerusalem with a delegation of Muslim, Christian and Jewish leaders, pointing out that he invites him “as a Jew, an Evangelical, and a resident of Jerusalem.”

“Come visit the Western Wall, the Jewish Quarter of the Old City, and the Yad Vashem Holocaust museum and memorial, locations that hold such tremendous importance to our faith,” Rosenberg said.

“I have every reason to believe you would be welcomed warmly by the people of both sides. Indeed, I pray that God would use your visit to help bring a fresh breeze of healing and hope to land much in need of both.” Rosenberg concluded by addressing Mohammed bin Zayed.

In an unprecedented escalation of the UAE’s normalization with Israel, the UAE authorities secretly allowed the establishment of a synagogue in Dubai recently.

After meetings in Jewish homes in Dubai, they rented a villa in a quiet residential neighborhood for three years. The building contains a prayer area, a kitchen and a few bedrooms for visitors or members of the community who do not work on Saturday.

“We’ve come a long way since we started working with Dubai 30 years ago,” said Eli Epstein, a New Yorker who contributed in the establishment of the synagogue.” Back then, people told me I should not use my real name because it sounds too Jewish.”

Rulers of the UAE are keen to show the state as an open country which eases restrictions on religions other than Islam. They appointed a minister of tolerance, which recently sponsored an international conference on tolerance, which included 1,200 Muslims, Christians, Hindus, Jews and others from all over the world.

Recently, the UAE hosted ministerial delegations and Israeli sports teams amid unprecedented reports of secret normalization between Abu Dhabi and Israel, particularly on military cooperation and espionage techniques.
The UAE is also openly involved in supporting the American ‘deal of the century’ to put an end to the Palestinian issue, despite it contains a recognition of occupied Jerusalem as the capital of Israel.