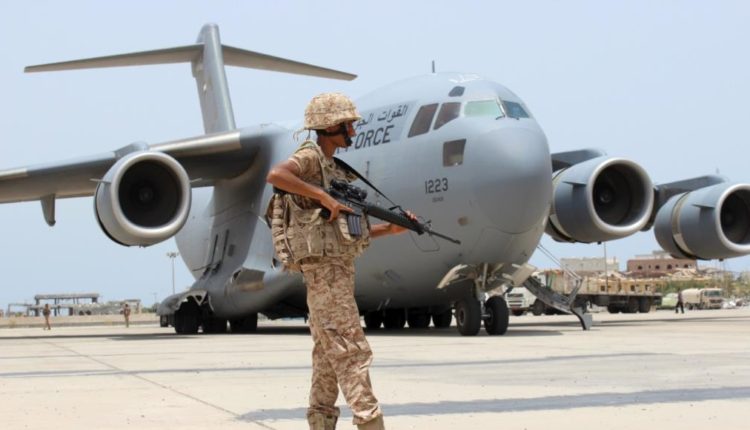 Within the United Arab Emirates criminal role in Yemen, Abu Dhabi is involved in arming militias accused of war crimes in the country, serving its aggressive ambitions, Amnesty International has confirmed.

After an investigation by the “CNN” on leaking Western weapons to fighters linked to Al Qaeda and Iran by the Saudi-UAE led alliance. Amnesty said that the UAE had transferred arms from Western countries, and other countries, to factions accused of committing war crimes in Yemen.

According to Amnesty, UAE forces, which Saudi Arabia is part of the coalition leadership, are buying billions of dollars worth weapons from Western countries and others to transfer them to unreliable factions known for war crimes.

Amnesty warned that the deployment of fighting forces will be a disaster for Yemeni civilians, thousands of whom have been killed, while millions more are on the edge of famine as a direct result of the war.

The United Arab Emirates has trained and armed thousands of Yemeni fighters, mostly in the southern provinces and western coastal areas, as part of the forces that fight the Houthis, who control most of the urban areas, including the capital Sanaa and the main port of Hodeidah, the Reuters news agency reported.

Amnesty said that some of these groups are accused of committing war crimes, especially during the military campaign against the city of Hodeidah in western Yemen or in the network of “secret prisons” supported by Abu Dhabi in southern Yemen in cases of torture, noting that the groups that receive weapons include “The Giants”, the “Security Belt” and “Elite Forces.”

In December, investigators reported that many British and American weapons found their way into pro-Saudi and Yemeni groups in Yemen, and splinter groups with links to the Islamic state and al-Qaeda.

The Guardian said Saudi Arabia and the UAE had caused the reach of some advanced weapons, purchased from European and US companies to local militias, such as armored vehicles, rocket pads, improvised explosive devices, and sophisticated guns. The British newspaper described it as a clear violation of trade agreements.

In August, an investigation by the Associated Press of the United States revealed that the alliance led by Riyadh had concluded secret agreements with al-Qaeda in Yemen and concluded that the Saudi paid money for the organization to withdraw from some areas.

The Pentagon called on the Saudi-UAE alliance to abide by “international principles” to avoid “misuse” of weapons purchased from the United States.

“We have not authorized Saudi Arabia or the Emirates to retransfer any of this equipment to other parties on the ground in Yemen,” said the U.S. military head of Central Command Joseph Votel. “We do have monitoring and enforcement mechanisms to ensure that our weapons are not misused.”

On Monday, an investigation by CNN revealed the arrival of US weapons provided by Washington to the Saudi-UAE alliance in Yemen to fighters linked to al-Qaeda and Iran.

The investigation confirmed that US weapons also reached the hands of the Huthi militias who are fighting the Saudi-UAE alliance in Yemen, in reference to the weapons seized by the Houthis during the fighting.

Analysis: the Human Document of Fraternity… UAE promotes itself as a righteous country