Khalifa bin Zayed: A side-lined Figurehead of the UAE 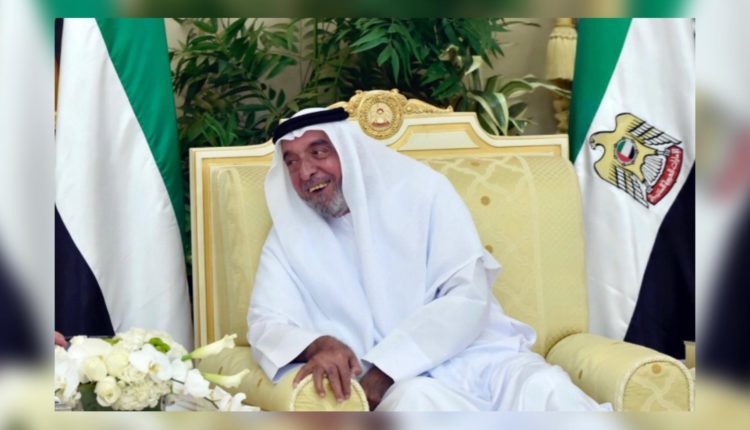 The UAE is celebrating the birthday of the President Khalifa bin Zayed, 72, at a time where his half-brother, the Crown Prince of Abu-Dhabi, Mohammed Bin Zayed controls the rein of the power.

There is no presence of Khalifa bin Zayed in the Emirati scene except on occasions of intermittent appearance to appear in some pictures. He also appears in some pictures as issuing official decrees that are carried out by orders of Mohammed bin Zayed, the de facto ruler of the state.

Mohammed Bin Zayed adopts a strategy of ruling the country behind the scenes, acting in the name of the president of the country who has been serving a figurehead for years.

In November last year, the Supreme Council of the UAE Federation re-elected Khalifa as president of the UAE for a fourth term.

Khalifa has been serving as the president of the UAE for 15 years, as he was first elected by the Supreme Council of the Federation on November 3, 2004, following the death of his father, founder of the UAE, Zayed Al Nahyan.

Mohammed bin Zayed strengthens his grip on power from a standpoint of announcing the extension of his older brother, Khalifa for a fourth term, although the latter is practically absent due to his illness, and he rarely appears in the political scene.

Mohammed bin Zayed uses his sick brother for propaganda and for official announcements, while he is the de facto ruler of the UAE.

The net wealth of the Al Nahyan family in the Emirates is estimated at $150 billion. Mohammed bin Zayed controls the Abu Dhabi Investment Authority, the second largest wealth fund in the world, which has assets estimated at $773 billion, and he controls 6% of the oil reserve in the world.

The UAE’s position in the International Democracy Index reveals its reality as an authoritarian state, as it ranks 147 out of 167 countries on the lists of authoritarian countries.

According to the International Democracy Index, the UAE is considered an authoritarian state and it ranks 147 out of 167 in terms of democracy.

This comes due to the UAE’s practices of repression, abuse and violation of human rights and its international charters.

Under the criterion of “the electoral process and pluralism”, the state scores 0 out of 10; and in political participation it scores of 2.2; and in civil liberties it scores 2.65 out of 10.

The UAE prohibits its citizens from participating in political, administrative and service decision-making, prohibits any public criticism, and punishes opponents with imprisonment and enforced disappearance.

It also arrests dozens of members of the “Call for Reform” association for demanding democracy, in addition to dozens of human rights activists and bloggers. The United Nations says that the UAE continues to practice arbitrary detention against any opponent.

World Press Freedom Index’s ranking put the United Arab of Emirates (UAE) among the countries with the worst levels of press freedom out of the 180 evaluated.

Since Mohammed bin Zayed came to power, the man has become the trustworthy of the United States and formed close relations with Russia and Israel. They describe him as a close ally.

Gradually, Mohammed bin Zayed worked to enable his children to infiltrate the high positions of government. Last year he promoted two of his sons to have leadership positions in the government. Khalid bin Mohammed bin Zayed Al Nahyan, in addition to his many duties, including the head of the State Security Agency at the rank of Minister, he appointed head of the Abu Dhabi Executive Office.

Dhiab bin Mohammed bin Zayed was also appointed in addition to many tasks and authorities, such as membership of the Executive Council and the presidency of the Crown Prince’s Court.

The most important shift of the UAE’s policies was manifested after the imbalance and breach of the internal participatory contract, through the destruction of the job and the dream, for the growth and development of the state, and the pursuit of an external “functional role”.

Dhabi officially normalized its relations with an Israeli and cancelled a decree criminalizing relation with it, before the first plane officially arrived from Ben Gurion Airport to the UAE capital.

The official UAE normalization came after smoothing over the past years, and after the marginalization of any real role for the sheikhs of five emirates, with full control of Abu Dhabi and, to a lesser extent, confined to the economy, the Emirate of Dubai.

On the other hand, the rulers of Sharjah, Ajman, Ras al-Khaimah, Umm al-Quwain, and Fujairah did not issue any official support for the normalization agreement, while most of their children and cousins ignored the comment as well.

An Official Emirati Delegation to Visit Israel within Days