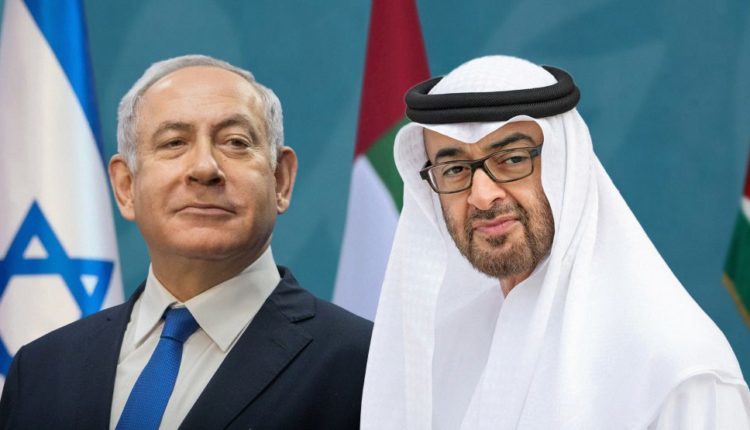 A senior official in the Emirati regime confirmed that the Crown Prince of Abu Dhabi, Mohammed bin Zayed, will visit Israel soon, at a time when Tel Aviv confirmed that the agreement to declare normalization is being finalized for his signature.

The Israeli public radio reported that an official Emirati delegation will visit Israel on the 22nd of this month to put the final touches on the normalization agreement between the two countries, after the Israeli delegation visited Abu Dhabi recently.

According to the radio, the talks will deal with the normalization of relations in the diplomatic, economic, tourism and scientific fields.

An informed source indicated that the Tel Aviv visit would set the date for the signing of the normalization agreement between the UAE and Israel at the White House later this month.

For his part, the head of the UAE Defense and Foreign Relations Committee, Ali Al-Naimi, said that Mohammed bin Zayed will visit Israel soon, stressing that the normalization agreement will be signed this month.

In an interview with the Israeli Yedioth Ahronoth, Al-Naimi confirmed that Washington is working to ensure that the normalization agreement will be attended by the largest number of Arab leaders, indicating that direct flights between Abu Dhabi and Tel Aviv will start after the agreement is signed.

On the Palestinian issue, Al-Nuaimi said that the Palestinians are still living in the past, and he called on them to return to negotiations, stressing that in case Israeli wages war on Gaza, relations between the UAE and Israel would not be affected.

Al-Nuaimi clarified that the purchase of the F-35 fighters is not part of the normalization agreement, and he expressed his hope that Israel would support its sale to the Emirates.

Meanwhile, the BDS movement issued a statement calling on everyone to sign a petition against the normalization agreement between the UAE and Israel on the 13th of last August.

In a statement, the movement said that normalization will not reduce the Arab popular momentum, including the Gulf, in standing with the inalienable rights of the Palestinian people, and that it rejects all attempts to fragment and break up the Palestinian issue in preparation for its liquidation.

It explained that the attempts to justify normalization cannot deceive the free peoples in the region. It added that this deal aims to liquidate the central issue of the Arab peoples and overlooks the crimes of the settler colonial Israel regime. These crimes are represented by the continued occupation of Palestinian and Arab lands; the expansion and annexation of illegal colonies; preventing the return of refugees to their stolen lands; the siege on Gaza; the gradual and systematic ethnic cleansing of the Palestinians from their land; in addition to the daily injustice and suffering that Palestinians witness in the occupied territories.

In its statement, the movement stressed the need for solidarity with the inalienable rights of the Palestinian people, calling on everyone to sign the popular petition denouncing the false peace with the occupation, to stand in the face of normalization at all levels, pledging to denounce it and refute all its justifications.

On August 13, Israel and the UAE announced normalizing diplomatic relations under an agreement brokered by the United States. Washington and Tel Aviv praised the agreement as a breakthrough, while the Palestinians rejected it.

Israel expects economy recover due to billions of UAE investments

A Spanish Politician: The UAE is a Criminal Country and the Former King’s Residence Is a Scandal