Secret UAE prisons in Yemen… outside the law killing and torture 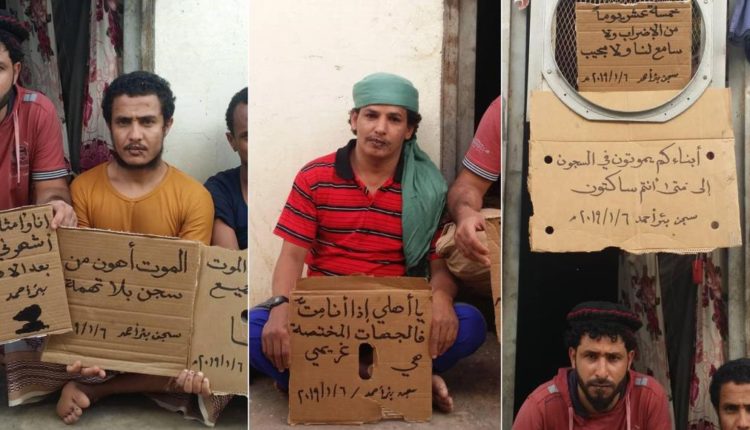 The National Commission to investigate allegations of human rights violations in Yemen called on the parties to the conflict, including the Saudi-UAE alliance, to close all secret prisons, which the commission described as illegal, and to stop arbitrary arrests outside the law.

The commission recommended a comprehensive review of the rules of engagement, including a ban on attacks targeting civilians or causing civilian casualties, a comprehensive assessment of the damage caused by the bombing of the air force, and the initiation of compensation for civilian victims.

According to the report, 3007 cases of violations were recorded in all areas of Yemen, distributed over more than 30 types. The Commission investigated 2507 occurrences, examined more than 12,000 documents and listened to more than 7,500 witnesses and victims.

Of the violations, 1,199 civilians were killed and injured, including 408 killed. The toll included 89 children and 67 women, and 550 incidents of arrests and enforced disappearances were monitored, most of them by the Houthis.

The Commission’s report listed a number of incidents investigated, including the torture of one of the detainees, Fetini Ali Hassan, who was arrested by the “Security Belt” forces and taken to the “Al-Jalaa” prison to be tortured to death.

The committee said that it was found that “the party responsible for this violation are elements of the forces of the First Brigade presidential attribution (security belt), led by Munir Yafi’i called Abu al-Yamamah.”

In the same context, the report documented violations of the arrest and torture of a citizen named Ali Abdo Salih during the past year by the Shabwani Elite forces in Shabwa governorate.

In its report, the governmental committee recommended stopping illegal arrests in all the government-controlled areas and immediate release of all detainees without any legal justification in all prisons of the legitimate government and those loyal to it (referring to the prisons of the UAE forces).

The committee called for the closure of all “unofficial detention centers established by some of the military parties of the legitimate government, or those loyal to it, and holding those responsible accountable for the violations.”

The report, along with the unrest in the southern provinces of Yemen, is a reflection of the UAE’s practices, and the violations of its forces, which have already been reported by local and international reports with shocking details about violations.

Rights Radar organization has called on the United Nations to take “urgent” action to save the lives of detainees in the “prisons of the UAE forces” in Aden.

The organization stressed in a statement the need to move the UN to save the lives of detainees in the prisons of the UAE forces in Aden in general, and the detainees of the prison, “Bear Ahmed” in Aden, in particular.

Rights Radar urged the UN Secretary-General’s Special Envoy to Yemen, Martin Griffith, “to include the issue of Aden detainees in his current moves as one of the urgent issues in order to end the suffering of dozens of detainees in Bir Ahmed prison in Mansoura District, Aden Governorate which is run by security forces supported by the UAE.”

The statement called for “an impartial and transparent investigation for revealing the circumstances of deaths and serious injuries in Aden prisons, as well as the reasons behind two detainees’ loss of their mental capacity in Bir Ahmed prison.”

The statement quoted a human rights source, who asked not to be named, saying that “there is no accurate statistics of the number of detainees in Bir Ahmed prison which was officially opened in November 2017. However, the Association of the Mothers of the Kidnapped, which is a local organization, documented the existence of 75 detainees in this prison. Their families have called on releasing them or having fair and legal trials.”

The United Arab Emirates operates three secret prisons: a prison in the headquarters of the Arab Coalition in Brega, Bir Ahmed prison, Al Rayyan prison in Hadramout, and other prisons such as the Waddah prison and Mansoura prison.

Detainees in Bir Ahmed had been on hunger strike in previous months, while being arbitrarily detained, despite orders to release dozens of them who were not clearly convicted.

Most of the detainees were arrested by forces the “Security Belt”. Some of them were held in secret prisons before being transferred to the Bir Ahmed prison, which became well-known after the documentation of horrendous abuses suffered by Yemenis at the hands of UAE forces and their allies last year.

The UAE is a key partner in the military alliance of the Saudi-led war on Yemen, whose intervention in Yemen nearly four years ago killed thousands of people, including civilians.

Earlier this year, the Geneva Council for Rights and Justice, held the the UAE responsible for any repercussions on the health of hunger strikers.

The Geneva Council called for an end to the appalling violations of Yemeni detainees. The human rights council said that the crimes of torture and sexual extortion turned into systematic behavior against hundreds of detainees, in prisons directly supervised by the UAE, or through armed groups backed by Abu Dhabi.

The council referred to the repeated documentation of using various methods of torture and sexual humiliation in UAE prisons in Yemen, including blatant and systematic abuses without accountability, which constitute ill-treatment amounting to war crimes.

Channel 4 television earlier highlighted allegations of torture and “rape” of detainees held in secret prisons of the UAE in Yemen.

The report added that these methods are practiced intensively, especially in the city of Aden, the interim capital of the country.

The channel quoted the testimony of a Yemeni citizen named Adel al-Hassani, who indicated that he was tortured at an Emirati military headquarters in Aden.

Al-Hassani said he spent two years in detention and was released in April following a Yemeni minister’s intervention and later fled to Malaysia with his family for fear of his life.