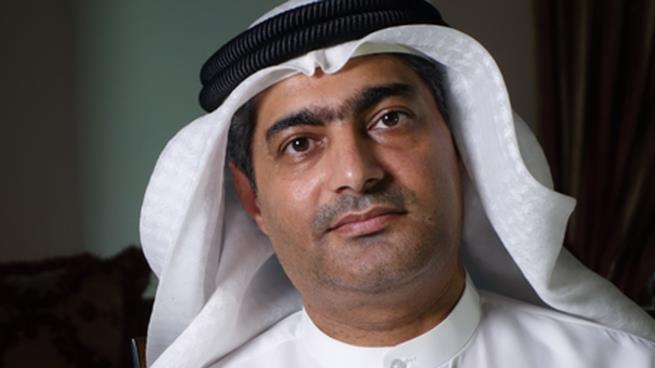 Amnesty International has raised the issue of the detainee of conscience in the prisons of the United Arab Emirates (UAE) Ahmed Mansour before the beginning of the Arab summit in Tunis.

Ahmed Mansour is a prominent blogger, poet, and human rights defender who had documented the human rights situation in the United Arab Emirates since 2006.

Mansour spoke publicly in defense of international human rights on his blog, through social media and in interviews with the international media. He was sentenced to 10 years in prison after being convicted of “insulting the Emirates, its status and symbols” including its leaders, “spreading misinformation to damage the reputation of the UAE abroad” and “portraying the United Arab Emirates as a land without law.” He has been held in solitary confinement since his arrest in March 2017.

The full text of the organization’s statement:
“Heads of Arab States will convene at the annual Arab League Summit on 31 March 2019 to discuss security, development, and foreign relations, amidst a glaring human rights abuse record overshadowing most of the leaders.
The diplomatic gathering does not allow for civil society statements or public interventions. Human rights issues do not appear on the agenda, despite the urgency of addressing government crackdowns, restrictions on speech, and prisoners of conscience, not to mention war crimes. The summit is expected to bring together Saudi Arabia’s Mohamad Bin Salman, Egypt’s Abdel Fattah el-Sisi, and Sudan’s Omar al-Bashir. Some league members like Algeria and Lebanon have made public calls to invite Syria’s, Bashar al-Assad.
Meanwhile, brave citizens and human rights defenders are in jail simply for expressing their opinions. Here’s a list of five Arab prisoners of conscience you won’t hear about at the Summit.
Share their photos and stories online using the hashtag #ArabSummit2019 and call for their immediate release. Let’s make sure the world hears about them this weekend.

Nabeel Rajab | Bahrain
Nabeel Rajab is a prominent human rights defender who has been repeatedly targeted for his human rights work and criticism of the Bahraini authorities. Rajab has been in and out of prison since 2012 and subject to a travel ban since November 2014. He is currently serving a 5-year prison sentence, convicted of “spreading false rumors in time of war”, “insulting a foreign country”, and “insulting public authorities”, in relation to peaceful tweets about the conflict in Yemen and torture allegations in Jaw prison.
Nabeel Rajab is a prisoner of conscience held solely for the peaceful exercise of his right to freedom of expression.

Loujain al-Hathloul | Saudi Arabia
Loujain al-Hathloul is a prominent woman human rights defender who was detained following a wave of arrests in May 2018. She campaigned against the long-standing ban on women driving in Saudi Arabia, and for an end to the male guardianship system. Loujain was held incommunicado during the first three months of their detention with no access to her family or lawyer and has faced sexual violence and other forms of torture and ill-treatment.
Loujain is among 11 women activists who were brought to trial and charged on 13 March 2019, with contacting international organizations, including Amnesty International, journalists, and other activists. Several women were also charged with promoting women’s rights and calling for the end of the male guardianship system. On 28 March 2019, three of the women activists, Iman al-Najfan, Aziza al-Yousef, and Ruqayyah al-Mhareb, were released on a ‘temporary basis.’ Read more here.
Loujain al-Hathloul is a prisoner of conscience, solely detained for peacefully exercising their right to freedom of expression, assembly, and association.

Ahmed Mansoor | United Arab Emirates
Ahmed Mansoor is a blogger, poet and prominent human rights defender who has documented the human rights situation in the UAE since 2006. Ahmed Mansoor has publicly spoken out in defense of international human rights on his blog, via social media and in interviews with international media. He is serving a 10-year prison sentence after being convicted on charges that include “insulting the status and prestige of the UAE and its symbols”, including its leaders, “publish[ing] false information to damage [the] UAE’s reputation abroad” and “portray[ing] the UAE as a lawless land”. He has been held in solitary confinement since his arrest in March 2017.
Ahmed Mansoor is a prisoner of conscience solely detained for the peaceful exercise of his right to freedom of expression.

Mohamed Mkhaïtir | Mauritania
Mohamed Mkhaïtir, a 36-year-old blogger, was arrested on 5 January 2014 after he published a blog in December 2013 criticizing those who use religion to discriminate against minorities. He was charged with apostasy and insulting the prophet. In January 2015, the court first convicted Mkhaïtir of apostasy and sentenced him to death. The Appeal Court eventually quashed his death sentence on 9 November 2017 and sentenced him to two years in prison. Having already spent more than three years in detention, he was scheduled to be released. However, to this day, the authorities still detain him in an undisclosed location. Mohamed Mkhaïtir is a prisoner of conscience solely detained because he peacefully exercised his right to freedom of expression.

Moroccan conditions for relations with the UAE

Secret UAE prisons in Yemen… outside the law killing and torture