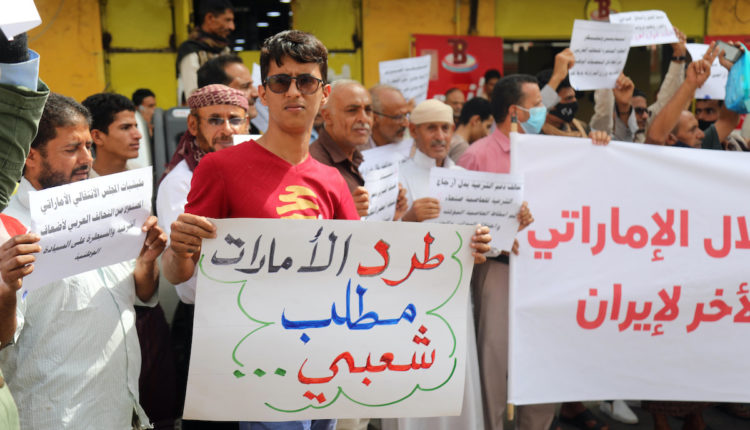 Scores of Yemeni tribal leaders and dignitaries on the island of Socotra on Saturday called for the removal of hundreds of militants onto the archipelago by the United Arab Emirates (UAE) and its Southern Transitional Council (STC).

The tribal leaders said during a meeting that the gunmen have caused tensions and provocations and demanded they be expelled, checkpoints set up by them be removed and fixed checkpoints be handed over to soldiers from Socotra.

The leaders denounced “the terror” caused by militants during peaceful activities and protests.

Over the past few days, STC gunmen have shot at demonstrators causing tension on the island.

Local sources said clashes also broke out between pro-government forces and the UAE-backed STC on Saturday in the southern governorate of Abyan.

The sources added that the sound of clashes and artillery shelling were heard in the regions of Zinjibar, Jaar and Al-Kud, hours after the conclusion of a prisoner exchange deal between the two parties.

Calls for boycotting the ‘pariah’ state of the UAE