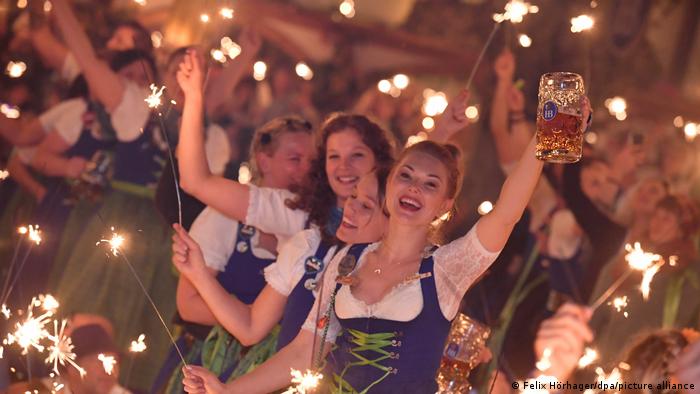 The German judiciary slammed Dubai and its promotional plans to stimulate tourism this summer by accepting a lawsuit to prevent the emirate from organizing the Bavarian Oktoberfest wine festival.

Despite the cancellation of the famous Oktoberfest festival, which Munich is known, this year, organizers seek to celebrate the same name in Dubai due to the pandemic.

But the original festival management filed a lawsuit to “prevent the exploitation of the global reputation of Oktoberfest”.

A spokeswoman for the Regional Court in Munich, Germany, said that next Friday, the Court will consider an urgent injunction from the Court of the Bavarian capital, Munich, against the organizers of the Oktoberfest festival in Dubai.

In mid-May, the Economic Chamber of the Munich Court ruled that the slogan Octoberfest goes to Dubai gives an inaccurate impression that the festival will move to Dubai this year after it was cancelled again in Munich due to the Corona pandemic.

The city asks organizers to submit a mandatory statement declaring that their event will no longer be promoted as an Oktoberfest in Munich.

“From the point of view of Munich, the state capital, it is frightening that third parties would take the cancellation of the festival in Munich as an opportunity to enrich themselves by exploiting the good global reputation of Oktoberfest and suggesting a link between The original festival and event in Dubai.”

“Our legal actions aim to protect the good international reputation of the Oktoberfest in Munich,” he added.

And last month, German media revealed that a vast beer festival would be organized in Dubai next October, similar to a festival held annually in the German city of Munich.

According to German newspaper Bild, the event will seek to simulate the original beer festival in Munich, including around 32 beer tents, a giant Ferris wheel and even a life-size replica of the famous Bavaria statue standing on the festival grounds in Munich.

The newspaper stated that “festival-goers looking to get pastries, beer and dirndls may head to the UAE instead of Germany this year.”

She explained that “the festival will be held in Dubai Marina and will include the largest bar in the world and a drinking party that will last for about six consecutive months.

The newspaper pointed out that “Bavarian breweries and restaurants will be among the 620 companies said to have signed up to participate in the event.”

“The Dubai beer festival may mirror the one in Munich, but it is also planning some extravagant additions, including what event organizers say will be (the world’s longest beer bar at 60 metres)”.

A human rights organization has previously described the UAE as the world’s first in prostitution and alcohol due to the corruption that the ruling regime spreads in it to pursue its economic interests.

The “Emirati Organization for Human Rights” prepared a special report for the United Nations on human trafficking and sexual exploitation of female workers and minors in the UAE.

The organization said that the prostitution trade in the UAE is carried out under the cover of government officials in secret so that nightclubs and liquor stores operate in the country despite the UAE law prohibiting this.

The organization highlighted that arrest and torture await anyone who objects to the decisions of officials in the UAE regime, while informed sources confirm that there are 30,000 prostitutes in the Emirate of Dubai only, in addition to the presence of a large number of young people who practice sodomy under an official cover.