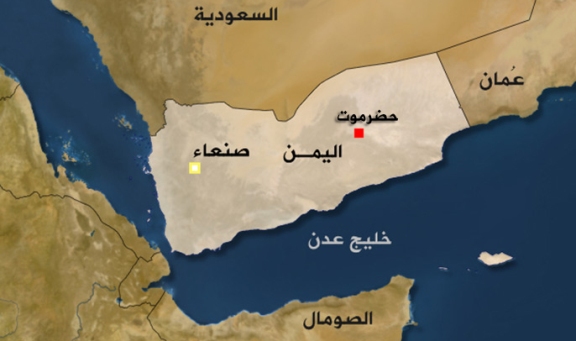 A French researcher revealed the existence of UAE efforts aimed at forming a military belt around the Gulf of Aden in southern Yemen that tarts from the southern bank of the country.

The Yemeni conflict reflects a change in the balance of power and a reshaping of national sentiment in the region. Saudi Arabia feels threatened by Iran, and the UAE wants to establish its security system in that region, said Frison Roche, a French researcher at the National Center for Scientific Research.

Abu Dhabi is building a military belt around the Gulf of Aden, from the southern bank of Yemen, as well as in Eritrea, where it has established an air base and has started modernizing a port in Somaliland, Roach said in a lengthy article published on the Euronews website.

Roche believes that there is a feeling that the UAE wants to establish its security system in that region, because across the Bab al-Mandab Strait, about 40% of the world’s maritime trade passes, which is important for Egypt, because the Suez Canal is linked to navigation through Bab al-Mandab. And it is the same with regard to the port of Aqaba and Israel in respect of the port of Eilat.

He pointed out that security is moving towards the south of the Arabian Peninsula and the Horn of Africa, and that with the deterioration of the humanitarian situation and tensions between the countries of the region, and the military mobilization in Djibouti, for example, with the presence of a number of air bases, including in view of the States members of the Security Council, might happen.

Roche believes that Yemen will remain in the fifth year of the war, an arena for settling accounts between the Arab coalition countries and Iran, while nothing on the horizon indicates or confirms that the war will end soon. The transitional council in the south challenges the legitimacy of the current president Abed Rabbo Mansour Hadi. It has become very difficult to reunite the Yemenis again, even if the federal option was retained, according to the French researcher.

The military intervention led by the Saudi-UAE alliance in Yemen has entered its fifth year, with the country facing an unprecedented humanitarian crisis, with more than 20 million people suffering famine and epidemics and armed conflicts.

The UAE has had a military presence in Yemen since March 2015, following the launch of a Saudi-led military assault to support the Yemeni government in the face of Iranian-backed Huthi rebels.

From time to time, there are problems and mutual accusations between the Yemeni government and the UAE. The UAE stopped supporting the Yemeni legitimacy and adopted armies and armed groups loyal to it and not subject to the government authorities, according to Western reports.

Abu Dhabi supports secession in Yemen and adopts secessionist leadership, which supports the establishment of special camps against the legitimate authority, particularly in the southern and western provinces, as observers say, influencing strategic areas in the Red Sea and the Arabian Sea.