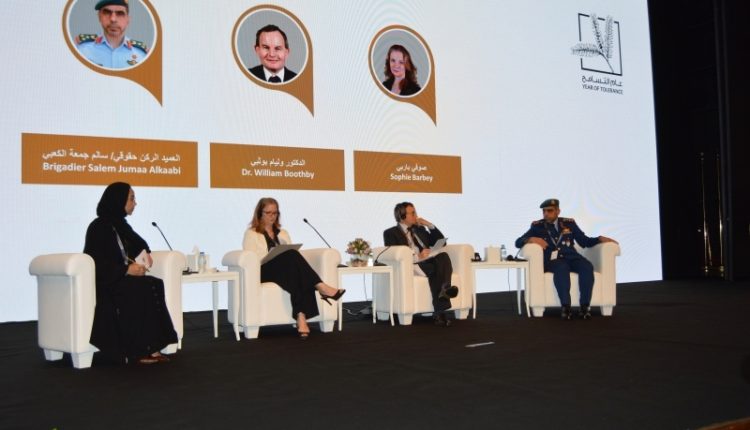 In order to cover up its war crimes and massacres against civilians in Yemen and other countries, the UAE seeks to evade its obligations under international law and even promote the need to change the provisions of those laws.

Mohammed Ahmed al-Bawardi, UAE Minister of State for Defense Affairs, explicitly stated that the state is “continuing to develop laws regulating wars,” which reveals the intentions of the defense conference held in the UAE.

Observers warned ahead of the conference that Abu Dhabi’s target is to change the international law to cover up its crimes in the war in Yemen.

This comes in an attempt by Abu Dhabi to evade the legal and moral responsibilities as a result of the continuation of its war in Yemen and to hold the victims responsible for war crimes and violations, in the time the United Nations and human rights organizations assert that major military and political leaders in Abu Dhabi and the armed forces are the responsible.

Observers say the UAE is only interested in rescuing itself from any international accountability for accusations in Yemen. But, it is also trying, intentionally or unintentionally, to establish to Israel, the Syrian and Egyptian regimes, and any state or government an abstract to tolerate international crimes committed by these parties against their victims.

“The UAE seeks to play a leading role in promoting international dialogue and cooperation in order to modernize and develop the legal texts governing wars in all its forms,” al-Bawardi said. “This means it seeks to change the rules of international law and international treaties governing the state of war. These treaties protects civilians and condemns a large number of wars as crimes, with the aim of protecting civilians and non-parties involved in conflicts.”

Al-Bawardi called on the international community to work more than ever to “develop the legal system of wars and conflicts, especially with regard to international humanitarian law.”

“These wars use brilliant slogans to create sectarian strife in society, such as democracy and human rights. And the media machine is shaking the confidence of the people in their rulers, and the rumors must be addressed in the media discourse,” he said.

Observers say, even if al-Jarmin claims are correct, is it right to face the owner of opinion and thought or a human rights advocate and respect for freedoms and rights, with all this military and security machine and consider civil activity as a war and conflict!?

Activists considered that this conference condemns Abu Dhabi as it reveals its perception of war and “enemies” while turning a blind eye to Iran’s occupation of the islands of the UAE for half a century. In the same time the UAE continues to call for dialogue with the Iranian rapists of its occupied territories, while seeking to “eliminate” a rights activist or media or an intellectual who is not under the power wing.

US sanctions affect financial networks in the UAE because of Iran