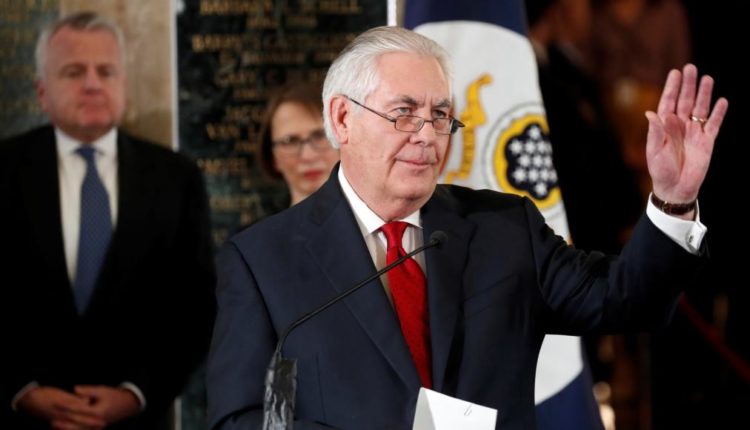 The United Arab Emirates attacked former US Secretary of State Rex Tillerson for revealing its conspiracy in the Gulf and causing it of fabricating the crisis of the siege of Qatar to weaken the Gulf position to serve its ambitions.

UAE Minister of State for Foreign Affairs Anwar Gargash wrote two tweets attacking Tillerson and claiming he had not taken an active position on the Gulf crisis.

Tillerson said the differences between Saudi Arabia and the UAE with Qatar because of Qatar wealth and its active role in the region.

Tillerson confirmed in his testimony which was published today that the embargo imposed by Saudi Arabia, UAE, Bahrain, and Egypt on Qatar in early June 2017 was the result of the accumulation of chronic differences between the Gulf states.

He said that many issues had been built up among the Gulf parties over time, including that Qatar launched Al-Jazeera in 1996, which later became an international media network.

Pirates broke into the Qatar News Agency in early June 2017 and posted on its website fabricated statements of the Emir of Qatar, statements that Doha quickly denied and confirmed it fabricated.

“Qatar has enormous wealth that has enabled it to play a positive role it has never played,” he said. “This has sometimes caused a disagreement among the Gulf parties,” he said, adding that he agrees with US President Donald Trump in saying Qatar is an Important strategist partner.

Tillerson said he had no knowledge of the dinner gathering on the night of 20 May 2017, days before the imposition of the blockade on Qatar, where White House advisers Steve Bannon and Jared Kouchner met with leaders of Saudi Arabia and the UAE. “It makes me angry,” Tillerson replied. “Because I didn’t have a say. The State Department’s views were never expressed.”
He also said that he was not aware of the decision to impose a siege on Qatar and that on that date he and former Defense Minister James Mattis were on a visit to Australia and were surprised by the news of the declaration of the blockade.

A year ago, a US official close to US President Donald Trump said the latter believed the obstacle to resolving the Gulf crisis and lifting the blockade was the UAE and Abu Dhabi Crown Prince Mohammed bin Zayed.

At the time, the Washington Post quoted the US official as saying that Trump was pressing for an end to the crisis, which suddenly appears to be an unnecessary distraction in a conflict-ridden region.

The newspaper said Trump hoped to gather Gulf leaders at a summit hosted by the United States this month, but Saudi Crown Prince Mohammed bin Salman and crown prince of Abu Dhabi told him that they rejected the invitation because a meeting of this kind would require the lifting of the embargo on Qatar, according to US officials.

The newspaper considered that Doha won the battle and resisted the blockade, and Washington has changed its attitude. The US shifted from taking Riyadh and Abu Dhabi side at the beginning of the crisis, or at least under their influence, to be certain that the solution of the crisis is a necessity, and the hindering parties are the besieged states, not Doha, which is the US important partner in the region.

Death in exile or prisons… advocates of reform Fate in UAE